Trowbridge dropped vital points in a match, which only really came to life in the second half. They had the lionâs share of possession but nearly fell behind in the 15th minute. Adam Sheppard doing well to save a shot from Dan Bailey. Trowbridge pressed without really creating clear cut chances until the 37th minute when a superb 25 yard effort from Waleed Bakali struck the crossbar. Earlier Cooper had tried his luck a couple of times without really troubling the Cirencester goalkeeper. Just before the break, Cooper really should have scored though, heading over the bar from close range following a good curling cross from Dave Percival.

Trowbridge started to play much better football in the second half with not so many high balls but were shocked in the 51st minute. A misunderstanding between Bakali & Saunderson in midfield gave away possession and Aiden Winney ran through to strike a fierce shot from 20 yards to give the home side the lead against the run of play. It only took Trowbridge 12 minutes to pull level. Bakali made an exhilarating run down the left wing, cut inside and provided the perfect pass for substitute Dan Lardner to force the ball home from close range. Trowbridge went looking for the win with the odd dangerous counterattack being the only threat from Cirencester. Saunderson had two shots in succession blocked by the goalkeeper and the third attempt, this time from Percival sailed over the bar. Trowbridge continued to attack until the final whistle. Percival having two shots saved and the same player pulling the ball back across goal after a fine run only to see the ball skip past everyone and go for a throw in on the opposite side. 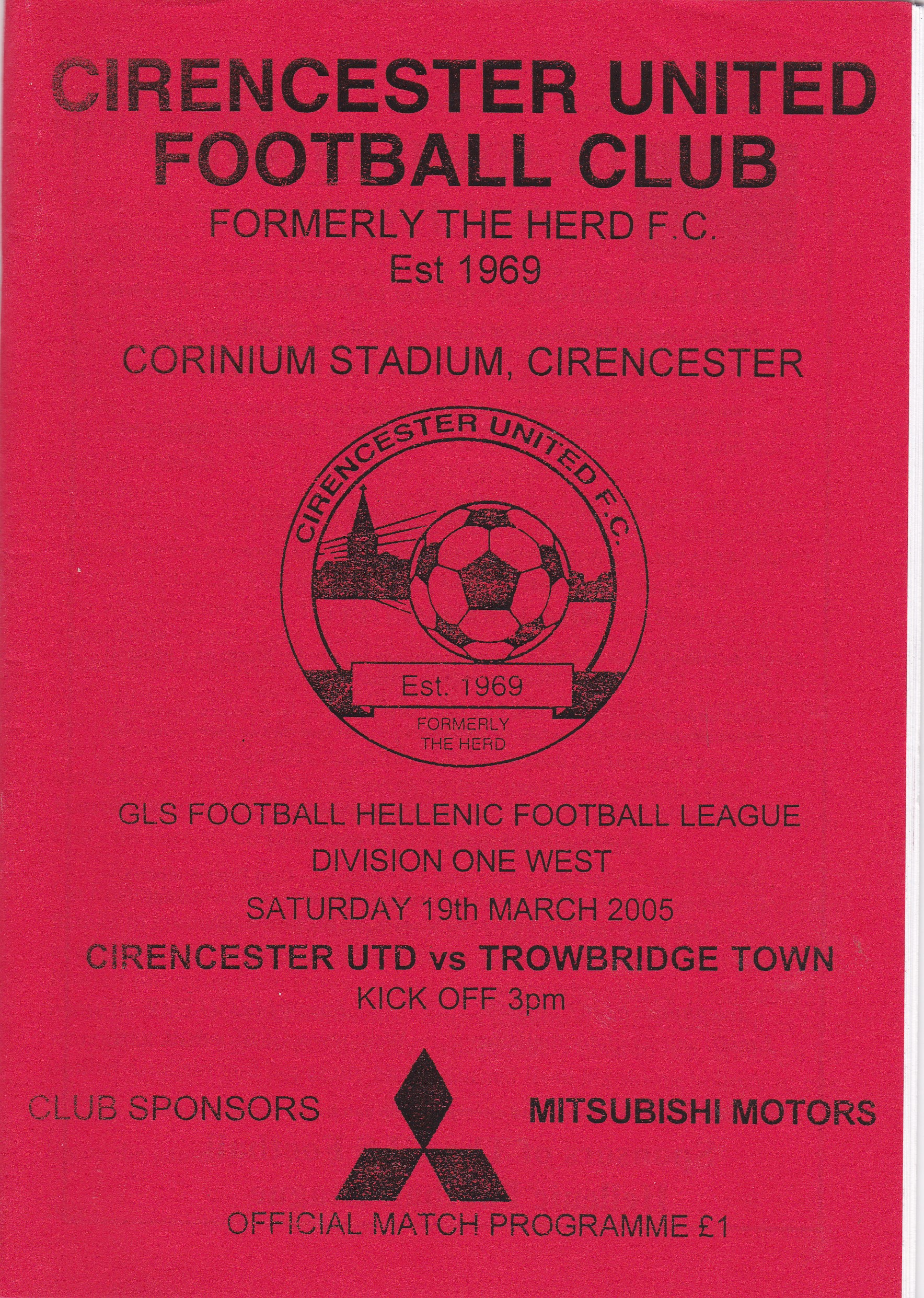