Middle Barton, complete with a new management team had beaten Cheltenham Saracens the previous week but any signs of extending their mini-revival was soon set aside as Trowbridge recorded their biggest win of the season. Dave Percival opened the scoring after eight minutes, Booker Woodford laying a short pass for Percival to fire into the roof of the net from inside the penalty area. The visitors equalised immediate following the restart. The ball was played forward to Borham and he made no mistake with a fine shot into the bottom corner of the net. Borham very nearly put Middle Barton in front in the 24th minute but for a fine save from Adan Sheppard, diving full length to his right and pushing the ball round the post for a corner. Trowbridge then took control. Some good interplay involving Andy Bloodworth set up Gavin Eyre to shoot and score with 28 minutes gone. Two minutes later Adam Nunn sent a ball down the left wing for Percival to run onto, beat one player and slot the ball home to make it 3-1. In the 35th minute, Waleed Bakali made it four. The ball was played in from the right wing and he even had time to wait for the ball to bounce up before guiding the ball home with a header.

Trowbridge piled on the pressure in the second half. Dave Percival went close in the 53rd minute and then set up Gavin Eyre to make it 5-1. Percival cutting the ball back from the goal line for Eyre to score easily. Substitute Michael Barnes headed over from close range in the 61st minute and two minutes later Gavin Eyre set up Adam Nunn to score with a shot that went in off the post. At the other end, Adam Sheppard was tested only once, saving well on the edge of his area. He injured himself in the process and shortly afterwards was replaced by Manager, Neil Kirkpatrick. Dave Percival completed his hat trick and made it seven, rounding the goalkeeper in the 73rd minute and claimed his fourth with a nice run through and finish with 79 minutes gone. The crowd now sensed double figures but the Middle Barton 'keeper made some decent stops before Gavin Eyre completed his hat trick with five minute remaining to make the final score 9-1.

Below: Picture courtesy of Paul Ratnet. 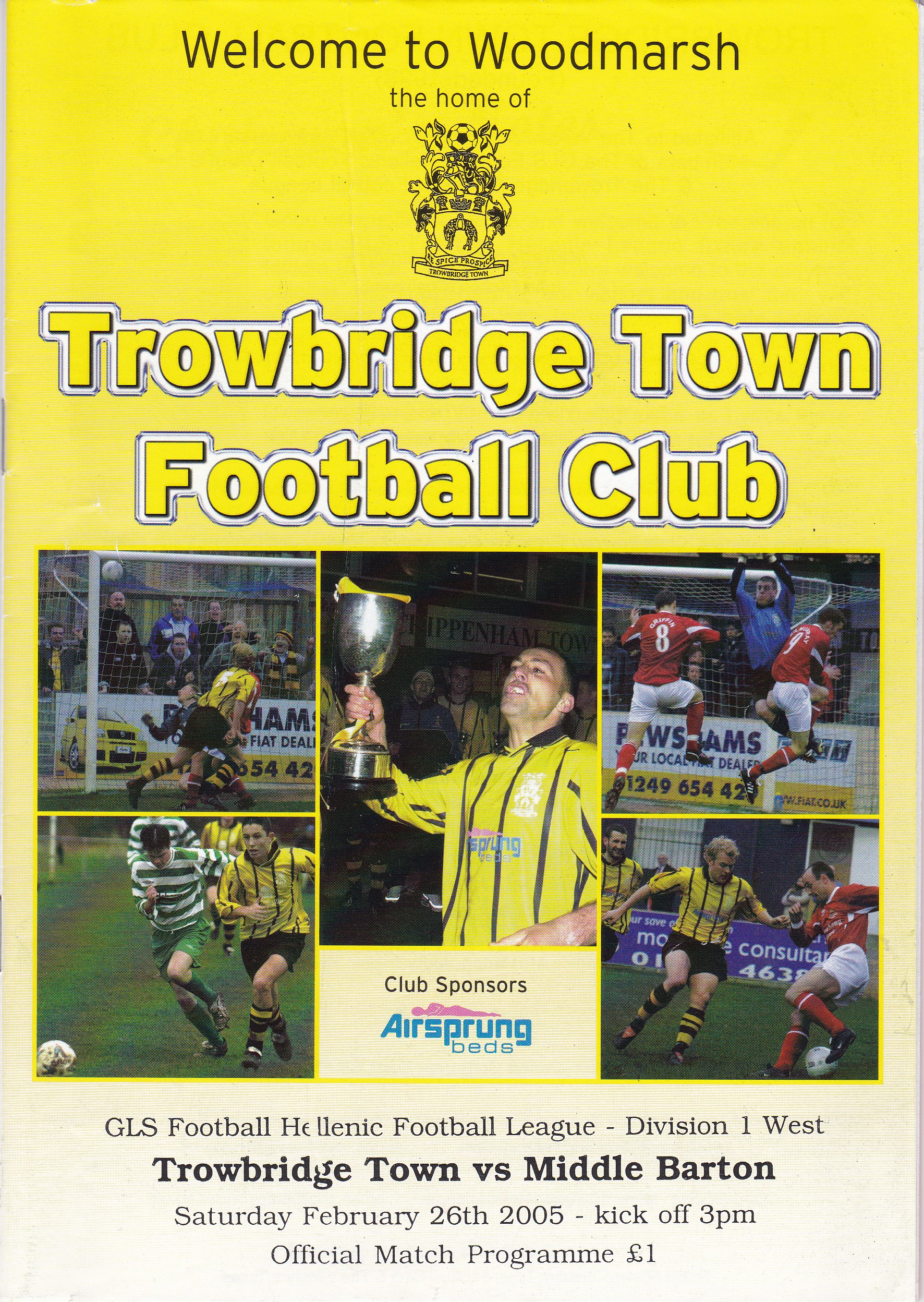