Adam Nunn struck a good shot over the bar in the 7th minute to give Trowbridge a promising start but everything changed in the 9th minute. Devizes were awarded a corner and Dave Kilmurray headed the ball down for Andy Coombes to score the opener. Trowbridge struggled to find their form; with too many passes going astray and too much possession being given away in midfield. Ricky Trott produced the only shot on target having been set up by Waleed Bakali but it went straight at Andy King the Devizes goalkeeper in the 22nd minute. The second goal came as no surprise after 32 minutes. Dave Kilmurray having his first shot saved well by the feet of Adam Sheppard but the ball rebounded back to Kilmurray and he made no mistake with his second effort. Trowbridge had a couple of attempts before half time, Gavin Eyre shot wide and Ricky Trott headed wide but any real chance of a comeback looked unlikely.

The second half was much different with Trowbridge playing the sort of football that the supporters have come to expect. They were back in the match in the 64th minute. A great through ball from Dave Percival picked out Dave Mitchell and he rounded the âkeeper to slot the ball home from an acute angle. With Trowbridge looking for the equaliser there were occasions when the defence had to be alert. Substitute Adam Glover making a superb last-ditch tackle to deny a Devizes forward and Adam Sheppard tipping over a good shot for a corner with eight minutes remaining. The longer the match went on, the more Trowbridge looked as if they might force extra time but it wasnât to be and Devizes progressed through to the semi-final on the strength of their first half performance. 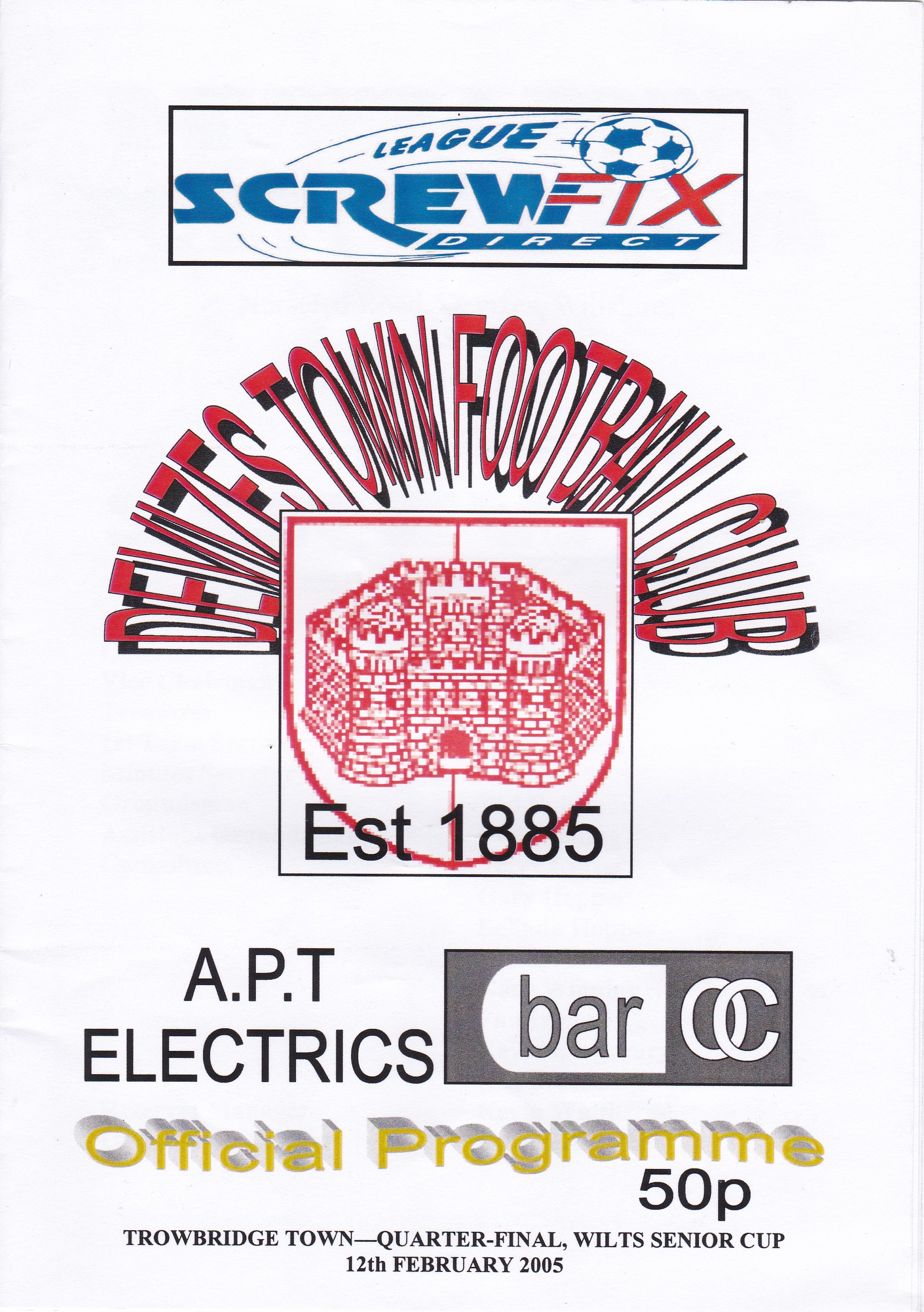