HELLENIC LEAGUE: GOALKEEPER Adam Sheppard has vowed to stay and fight for his place at Woodmarsh after his heroics helped Trowbridge into the semi final of the Floodlight Cup on Wednesday night. In a repeat of last season's match winning display against Corsham Town in the Wiltshire Senior Cup final, Sheppard was again the hero after a dramatic penalty shoot-out. The stopper, who has become the subject of a seven days' notice of approach from Melksham Town, produced a string of stunning saves during the 120 minutes and then, after saving Fairford's first penalty, stepped up to fire the winning kick into the top corner. Since injuring his groin two months ago, Sheppard has lost his number one spot to former Melksham goalkeeper Craig Guthrie and was only given a start at Westbury's Meadow Lane on Wednesday to give him a chance to regain full fitness. He grabbed the chance with both hands and has given manager Neil Kirkpatrick a big selection dilemma, but Sheppard insists whatever happens he is going nowhere. He said: "I love it at Trowbridge and there is no way I am going to leave the club. Why would I want to leave, we are flying at the moment? "Craig Guthrie has done very well since I have been out and I know I face a tough battle to regain the number one shirt but I will work hard to try and do that. The lads were giving me a bit of stick about my extra weight since I have been injured but in the end I showed them I can still do it. The belly won it for them." Despite Fairford being one of the form sides in the Hellenic Premier division, a division above Trowbridge, it was the Bees who started brighter and they got their reward on 15 minutes. The ball fell to young striker Matt Cooper and after a good first touch he sent a swerving right footed shot past goalkeeper James Price from 25 yards for the opener. Five minutes later Fairford were level as Kevin Coles turned well in the box and Ryan Lovegrove converted his cross from eight yards. On the stroke of half-time, Fairford took the lead when Phil Ward fired the ball into the net after Sheppard had parried Neil Matthews' initial header. After the break, Trowbridge piled forward in search of the equaliser and on 59 minutes Waleed Bakali cut in from the left wing to send a fierce low strike past Price to level. Cooper was a constant threat to the tiring Fairford defence and did enough to suggest Trowbridge could have another gem on their hands and he shot narrowly wide with 15 minutes remaining. Sheppard then came to Trowbridge's rescue by deflecting Coles' low shot over the bar when the striker was through clear on goal. He then produced another point blank save with three minutes remaining from Lee Clark's effort and in injury time he dived low to his left to tip Lee Stoddart's strike wide.Trowbridge were hanging on during extra-time and had to rely on some inspired defending by Gordon Saunderson and more good keeping from Sheppard to force the shoot out. The keeper then brilliantly saved Stoddart's penalty with his legs and, after Ricky Trott, Luke Smith, Dave Percival, and Booker Woodford converted their kicks, Sheppard rifled the decisive penalty into the net. A delighted Kirkpatrick admitted he did not have a clue what he was going to do about his goalkeeping problem. He said: "It is a very nice problem to have but what do I do? Craig has been great for us but Shep has shown how good he is as well. "The lads were superb tonight as they kept going in a match that I thought could have gone either way." Trowbridge now face Almondsbury in a two-leg semi final.

Report from "This is Wiltshire". 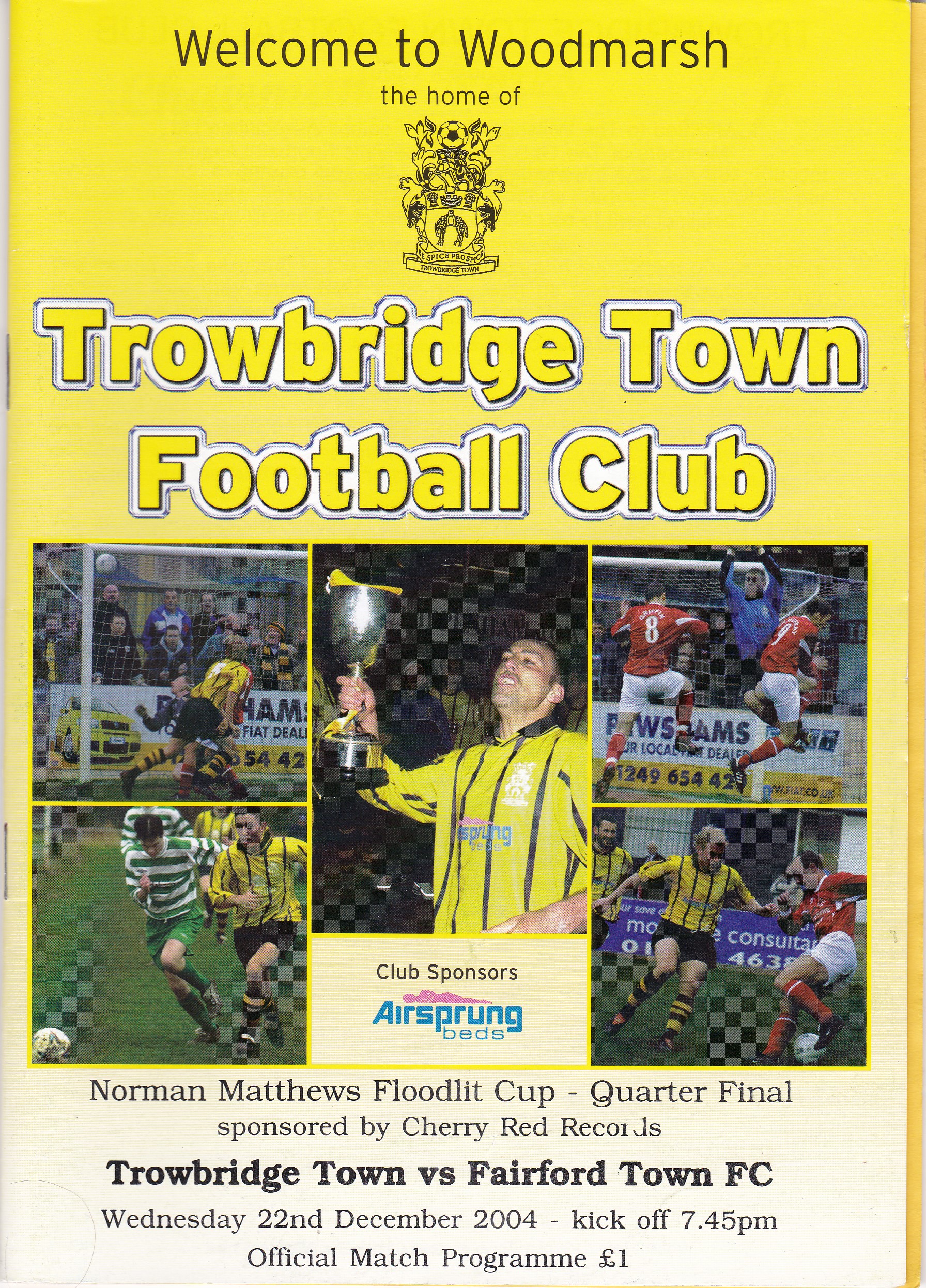