Trowbridge suffered their first away defeat of the season when they made their first ever trip to Herefordshire. It was always likely to be a difficult match and with a few regulars missing such as Captain Ricky Trott and defender Daniel Barnes the task was made that much harder. The windy conditions made good football difficult to play but both teams tried their best to do so. The home side having the better of the first half with the wind at their backs and Lee Wilson found himself very busy trying to get that ball away with long clearances. The first shot at goal came after 10 minutes, Adam Sheppard comfortably taking a shot that came straight towards him. Trowbridge found it hard to retain possession but did create a chance in the 16th minute. A shot from Dave Percival was saved by Richard Newman and Waleed Bakali followed up to shoot just wide. Gavin Eyre also shot wide in the 27th minute but towards the end of the first half Ross looked the more likely to score and on the half hour top scorer David Skipp went close with a shot wide of goal. The same player did better after 33 minutes, giving Ross the lead with a well taken shot across goal when he ran onto a through ball from Andrew Green.

Straight after the restart Skipp made it 2-0 with a brilliant individual run and shot from just inside the penalty area. Trowbridge tried to get back into the match and manager Neil Kirkpatirck made a couple of changes. He brought himself on as a substitute for Matt Cooper and Trowbridge earned a corner on the hour. Gavin Eyre floated the ball in from the corner and before the ball even reached the area, the Referee spotted an infringement and pointed to the penalty spot. Dave Percival drove the penalty home in style and suddenly the thoughts of a point looked realistic. Five minutes later the score was nearly levelled when Kirkpatrick headed a free kick across goal and the goalkeeper made a point blank save from the incoming Percival. However, three minutes later Trowbridge were level. A 25-yard strike from Dave Percival flew into the top corner with just the slightest of deflections from Kirkpatricks back. Any claims from the Manager however were quickly dismissed by the rest of the players! Ross responded well and always looked dangerous on the attack, finally claiming the points in the 77th minute. Ryan Parker finding some unmarked space in front of goal when a low cross came in from the left wing. Trowbridge forced a couple of corners in the last minute of the match but the Ross goalkeeper Richard Newman who looked very competent, dealt with one and a defender headed away the other. Trowbridge also added to their injury problems when substitute Matt Brown had to leave the field with a broken ankle. 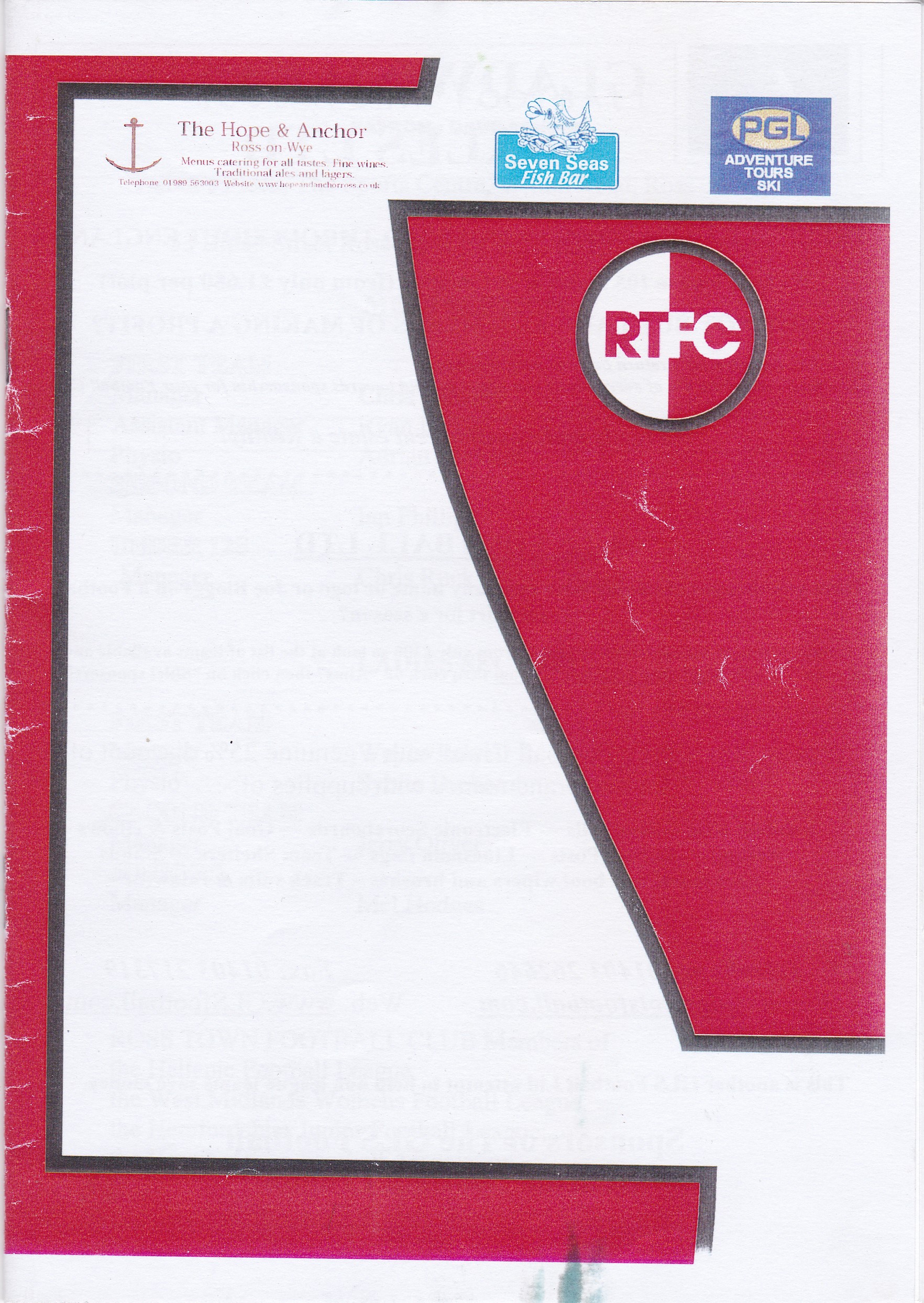