This was definitely the best playing surface I have seen this season and all praise should be given to Groundsman Geoffrey Collett and his new mower. The game was not such a one sided affair as the score might suggest. The home side never gave up the fight, but they were up against a team that demonstrated to the 81 spectators why they were champions of the Wiltshire League last season and in the end, justly deserved this resounding victory.
Clanfield were the first to attack and from a free kick taken by Jason Court, Chris Hunt pushed the ball through to Dale Mills whose close range shot was magnificently saved by Adam Shepperd the visitorâs keeper, preventing an early goal. Gradually the visitors came more into the game and Ricky Trott imposed himself on the match with a series of powerful runs and on one occasion was only stopped on the edge of the area when brought down by Steve Williams. Jack Heard took the kick, which finished in the net, but it was adjudged to have been helped on itâs way by a hand. Within minutes, Steve Williams had clashed with Adam Nunn in the same place, but this time Jack Heard had his rugby boots on and the ball sailed way over the bar. Adam Nunn was the next to attack, but his cross missed all his colleagues and went harmlessly for a goal kick. Martyn Whawell in the home goal brought off a fantastic diving fingertip save from yet another Ricky Trott venture. Then at the other end Craig Mungall beat two players before setting Daniel Dixon with a chance, but after several attempted shots the ball was scrambled away. This was followed by another chance for Daniel when a back pass slowed up and the goalkeeper had to dive at his feet to gather the ball. The Referee had to calm Steve Williams down following two vigorous tackles. Then on 25 minutes Dave Percival turned his man in the box and unleashed a terrific drive that seemed unstoppable, but the in form Martyn Whawell managed to push it over the bar. Adam Nunn gave away a free kick for a foul on Chris Hunt, but the free kick was wasted. Both teams seemed to become frustrated and the Referee had to talk to Nathan Rathbone of Clanfield and them Adam Nunn of Trowbridge over aggressive tackles. The visitors eventually started to take more control of the game and Gavin Eyre made several penetrating runs, and on one occasion beat four players before being blocked, then a curling center that the goalkeeper misjudged and had to make two attempts to gather the ball, then he put Jack Heard through but his hard shot was well saved by the goalkeeper. On 39 minutes Steve Williams was cautioned for manhandling an opponent before Daniel Dixon had a long shot well saved by Adam Shepperd and from his long clearance Adam Nunn run through to beat the goalkeeper and in two minutes Dave Percival doubled the score while the home defence stood still appealing for off-side. Clanfield tried desperately to come back in the last three minutes with shots from Craig Mungall, Wayne Bowles and Dan Bairy.
Half-Time 0-2
Within two minutes of the restart, we witnessed a repeat of the second goal when Jack Heard netted whilst the defence appealed for offside, he then had a second chance when the goalkeeper dropped the ball. Clanfield fought back Daniel Dixon shooting just wide then Wayne Bowles heading a Jason Court cross wide. Waleed Bakali was having an excellent game causing Clanfield considerable trouble with his skillful runs but he spoilt his performance when he had to be spoken to by the Referee after kicking the ball away when given offside. Clanfield came back into the game with three good attacks, first a Dale Mills header, and then a shot that deserved a goal and then Adam Shepperd produced an incredible diving save from close range. However, in the 59th minute Andy Bloodworth won a hard tackle on the halfway line and his pinpointed pass to Dave Percival allowed him to round the goalkeeper. Unfortunately, Andy had to be substituted and Matt Cooper came into the action, Clanfield also changed Craig Mungall for Dave Cross. Both of these new arrivals came immediately into play with possible scoring chances. The home side started to have more of the game with shots from Jason Court, Daniel Dixon, Nathan Radbone and Dave Cross. The visitors changed Martin Little for Matt Brown. Both teams had shots at goal from Steve Williams and at the other end Matt Cooper, then Clanfield thought they had scored when a cross from Nathan Radbone was struck passed the goalkeeper only to be cleared off the line. Clanfield decided to replace Steve Williams with Richard Hill, but alas, Steve was not pleased, and he showed his disapproval. Surprisingly, the Referee took no action. Trowbridge Manager Neil Kirkpatrick decided it was time he showed a few of the young players what they should have been doing and his first touch was to send Matt Cooperâs cross thundering into the back of the net, but within minutes he was showing the youngsters how to give free kicks away when he floored Nathan Radbone. 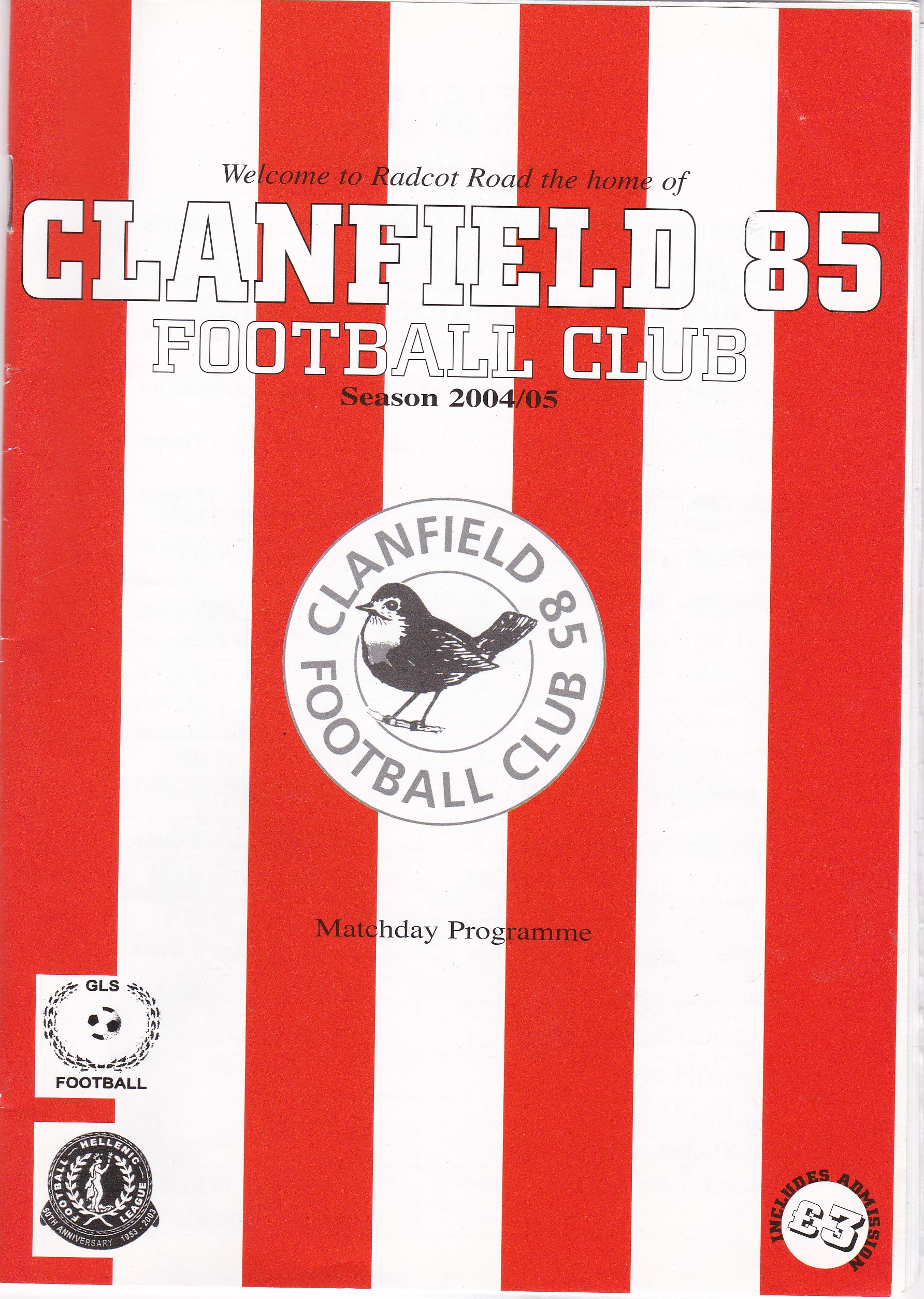