Trowbridge Town made it three away wins in a row despite having to make major team changes. Saunderson, Nunn, Bakali, Trott, Mitchell & Heard were all unavailable and with Adam Shepperd still injured, Tom Berryman took over in goal. Trowbridge started brightly but found themselves a goal down after nine minutes. Lee Wilson mis-timed a tackle to concede a penalty and Lee Byrne scored from the spot. However, he soon redeemed himself by picking out Dave Percival with a telling pass to produce the equaliser. With 21 minutes gone, Percival controlled Wilsonâs pass and went on to beat two defenders before scoring with a good left foot shot. The game flowed nicely with both sides creating chances. Daniel Barnes headed a Gavin Eyre free kick over the bar for Trowbridge after 35 minutes and Adie Way shot wide for Adderbury 2 minutes later. Trowbridge were in front just before half time. Percival scoring from a penalty that was awarded for hand ball.

Adderbury came out strongly in the early part of the second half. A header hit the top of the Trowbridge crossbar on the hour and shortly after another header was saved by Tom Berryman. Trowbridge hit back with equally good chances. Percival just failing to chip the goalkeeper after 65 minutes and a superb shot by Gavin Eyre on 70 minutes produced an equally superb save from Danny Patience, the Adderbury goalkeeper. Trowbridge looked the more likely in the latter stages but had to be careful as Adderbury broke quickly from defence. With 2 minutes remaining Gavin Eyre beat the goalkeeper with a classy chip from just outside the penalty area and two defenders watched as the ball bounced back from the crossbar only for Booker Woodford to control the ball well and make it 3-1 from the edge of the six yard box. 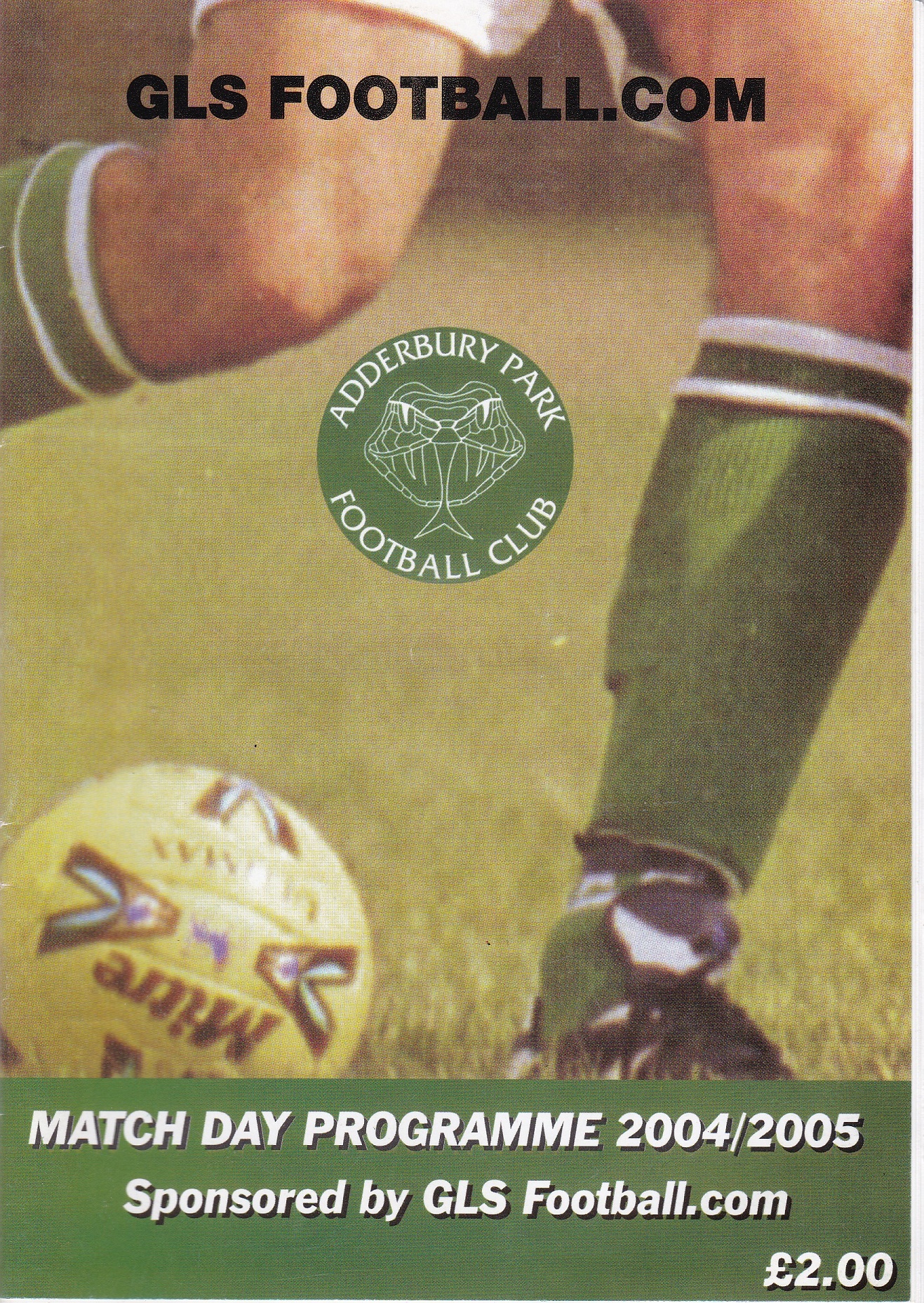