Trowbridge gave Kirky & Ian Diamond the perfect leaving present by achieving an amazing comeback despite being down to 10 men. Cirencester were much the better side throughout the first half and took the lead after 16 minutes. Adam Nunn lost possession in midfield and a mistake by Adam Sheppard allowed Phil Hall to gain possession and score. The best chance of an equaliser in the first half came after 35 minutes. Chris Tricker beat a defender on the right wing and whipped in a good cross that was deflected wide of goal by Dan Kovacs for a goal kick. Cirencester attacked immediately from the restart and Hall nearly made it two with a shot wide of the left post. Dean Barker shot over the bar just before half time and Cirencester maintained their deserved lead at the break.

The visitors should have claimed a second goal early in the second half but Ritchings placed his penalty wide of the target. Trowbridge were now down to 10 men with Matt Brown being dismissed for the foul that conceded the penalty. They didnât have to wait too long though, to make it 2-0. Cirencester broke quickly following a Trowbridge corner and Phil Hall ran through from the half way line to strike a fine shot into the left corner giving Adam Sheppard no chance. Trowbridge looked to be defeated but were given a lifeline when a refereeâs assistant spotted a push in the penalty area and Adam Nunn tucked the penalty away nicely after 67 minutes to pull the score back to 2-1. Dean Barker went close with a shot that went across the face of the goal shortly afterwards before Dan Barnes squared things at 2-2 with a header that just crept under the crossbar following a high cross by Adam Nunn. With 15 minutes remaining, the match was far from over and both sides went looking for a decider. Adam Sheppard did extremely well to keep a corner out from under his crossbar before Adam Nunn claimed the winner. Adam will be concentrating on his refereeing career next season but Town supporters wonât forget his final contribution. A screamer of a right foot shot and goal from 20 yards. 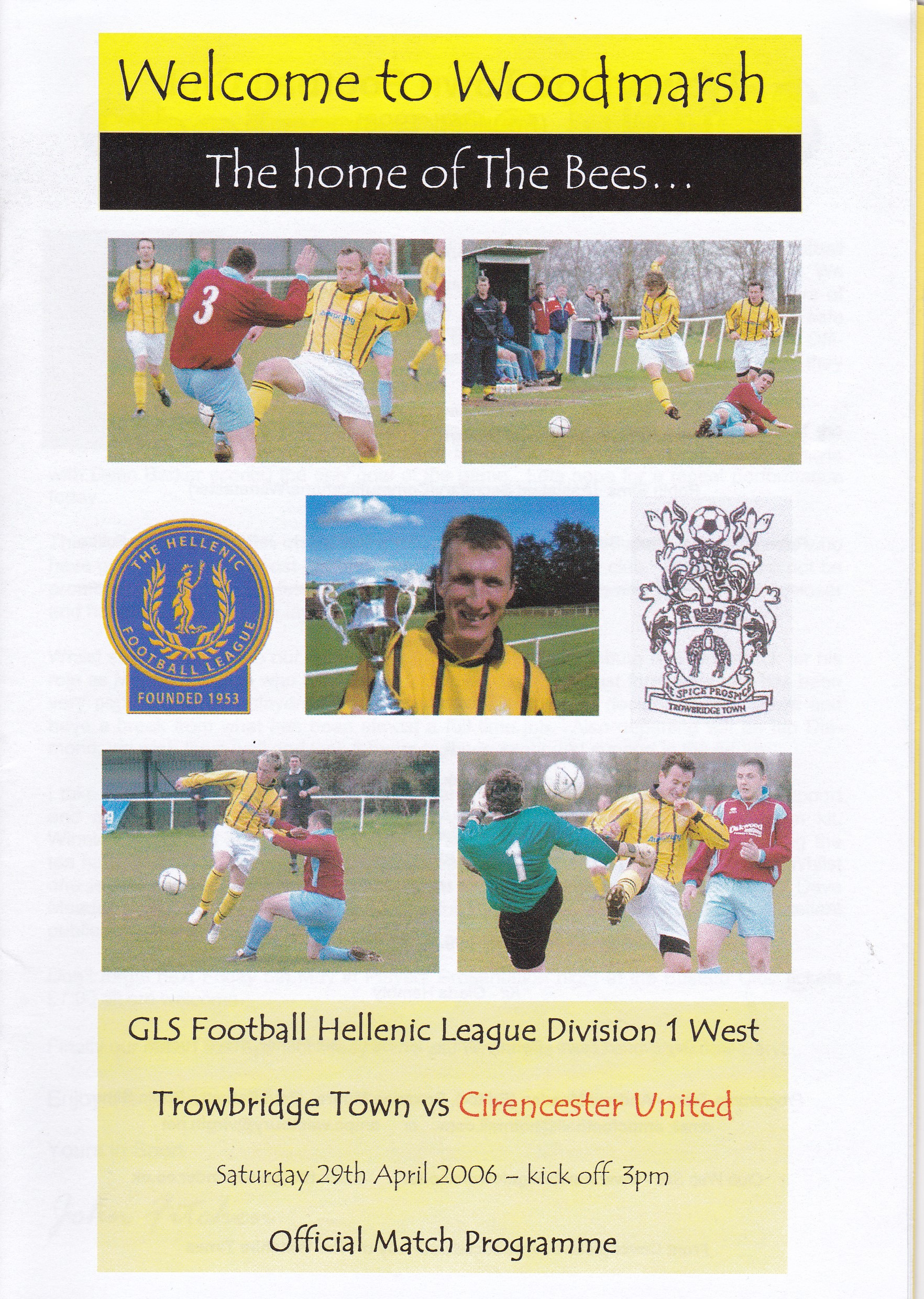