Champions elect Winterbourne completed the league double over Trowbridge but unlike the match on Boxing Day at Winterbourne this was a close encounter that could have gone either way. Winterbourne almost took the lead in the first minute, Lewis Porter making an excellent save, diving to his left to concede a corner. Trowbridge started to settle and Dave Percival shot from a tight angle after 15 minutes but it was Tom Shepherdâs turn to make a good save, turning the ball round the post. Paul Thorpe headed over the bar from the resultant corner. Trowbridge defended well when required, Michael Barnes doing well twice in quick succession with vital tackles in the penalty area. With 29 minutes gone, Scott Cameron crossed the ball from the left wing and the unfortunate Adrian Barnes deflected the ball into his own net to give Winterbourne the lead. Trowbridge were level after 38 minutes. A good cross from the right was headed into his own net by Neil Ward. The goal only being given after consultation with the Assistant Referee who originally flagged a player offside but agreed that he had no bearing on the outcome of the ball entering the net. With everything the play for in the second half, both teams played good competitive football. Winterbourne had a player sent off but they continued to play with confidence and defended well as Trowbridge looked for a winner. On the hour, Dave Percival shot just wide and Winterbourne attacked from the goal kick. The ball was played forward towards the edge of the Trowbridge penalty area and Nick Waters ran past Michael Barnes to gain possession and take the ball on for a fine finish to win the match by the odd goal in three. 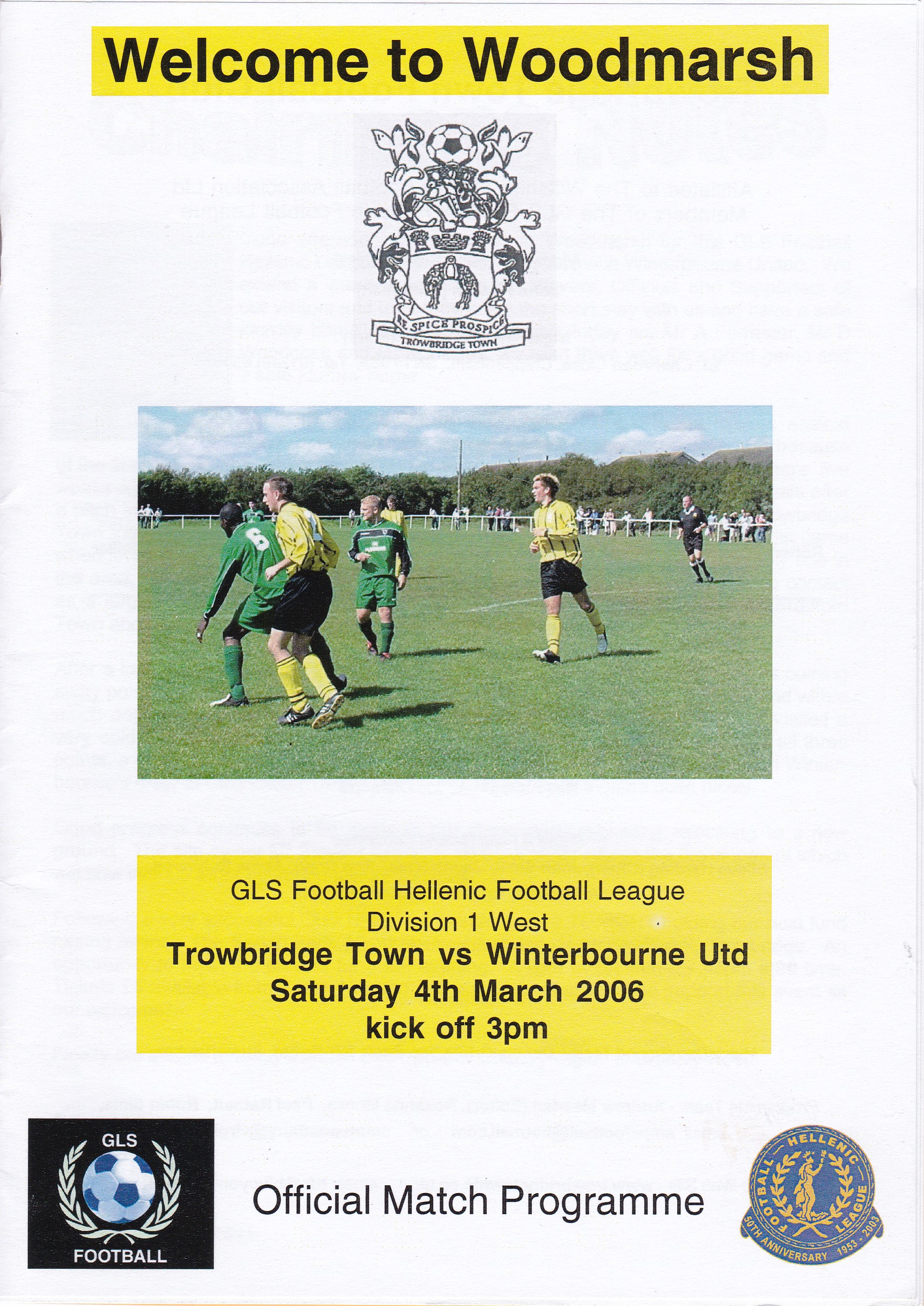