League - Wiltshire Football League Premier Division
Saturday, October 17th, 2020, 3:00 PM
Attendance: 38Jayden Whyte was fouled after trying to follow up his initial shot and Josh Hard fired the ball high into the net from the spot in the second half to take the points.
Trowbridge were by far the better side but were frustrated by a stubborn defence and a man-of-the-match performance by the Devizes goal-keeper.
A score line of 4 or 5 nil could easily have been the case although stand-in Trowbridge 'keeper Jordan Gullis was called upon the make a fine deflected save as Devizes almost snatched a draw near the end.
Apart from the missed chances, a good all round performance.

Below: Josh Hard takes on a defender.
Picture by Andrew Meaden. 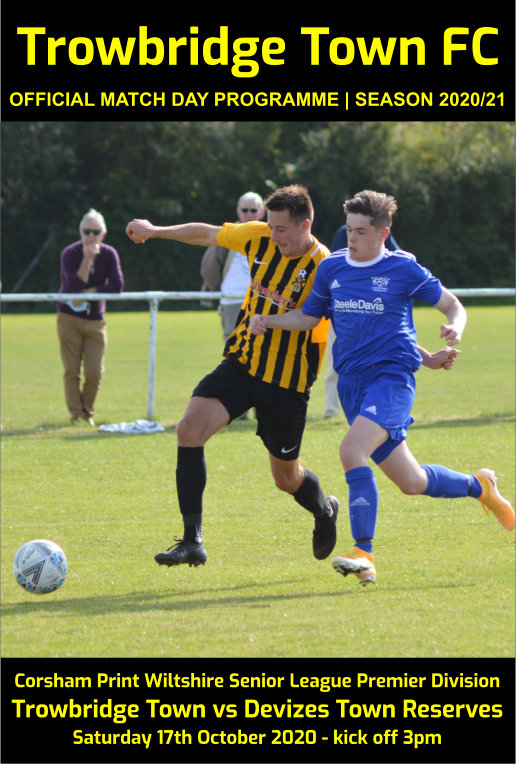