League - Wiltshire Football League Premier Division
Saturday, September 26th, 2020, 3:00 PM
Attendance: 37Trowbridge Town bounced back from last week's defeat at the death against Purton with a good performance against Stratton Juniors who had won two of their three games before today. The player who did the damage for Trowbridge was Jake Sainsbury who fired a hat-trick to take him to four for the season. Stratton's goal was scored by Lewis Taylor from a free kick. The win lifted Trowbridge three places in the table to 8th place as they move above today's opponents who slipped down to 11th. 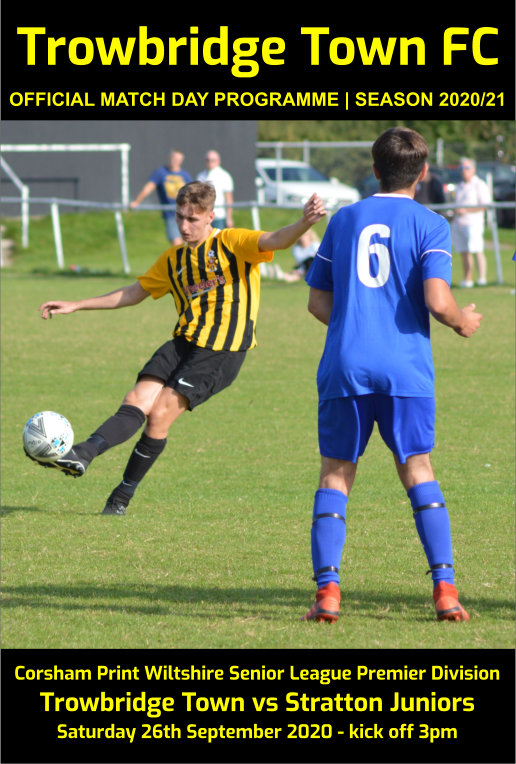