League - Western League Division One
Saturday, December 30th, 1950, 3:00 PM
Attendance: 1,400After one of the most uninspiring games seen at Frome Road for some time, Trowbridge Town managed to beat Portland United by one goal to nil on Saturday. Portland have reputation for their stout opposition at Trowbridge and their latest encounter proved no exception. Although Trowbridge were obviously the much better team and for most of the time outplayed their opponents they never impressed in front of goal, and the narrow margin of victory is due entirely to poor shooting. Hancock, who was brought in in place of Grimason, played a very good game. Haycock (left half) was outstanding in the Trowbridge team.
The opening stages were fairly even, but after a quarter of hour Trowbridge launched an almost nonstop attack. The forwards, particularly Dagg, wasted numerous chances through slowness and losing the ball to a quick and nippy defence. Several times, however, they had bad luck when the ball trickled just wide of empty goal. A fine shot from Webb hit the underneath of the crossbar, allowing the goalie to gather and clear. A few minutes before the interval Dagg gave Trowbridge the lead with a simple looking effort, the goalkeeper making no attempt to save.
Immediately after the interval Portland made determined effort to draw level and for time had the Trowbridge defence worried. George Vince brought off truly magnificent save when he dived at the feet of approaching forward. After a while, however, Trowbridge settled down again to the attack. Dagg was knocked out when he received a hard shot on the side of the head and was unconscious for over five minutes, but on recovering he continued to play. The Town continued to do practically all the attacking but could not penetrate Portland's truly rock-like defence, in which the goalkeeper, McCadden, and centre half, Read, were outstanding. Grimason (suffering from an ankle injury) and Welch (down with influenza) were absentees from Trowbridge side, Hancock and Sheppard being called in. The attendance was 1,400. 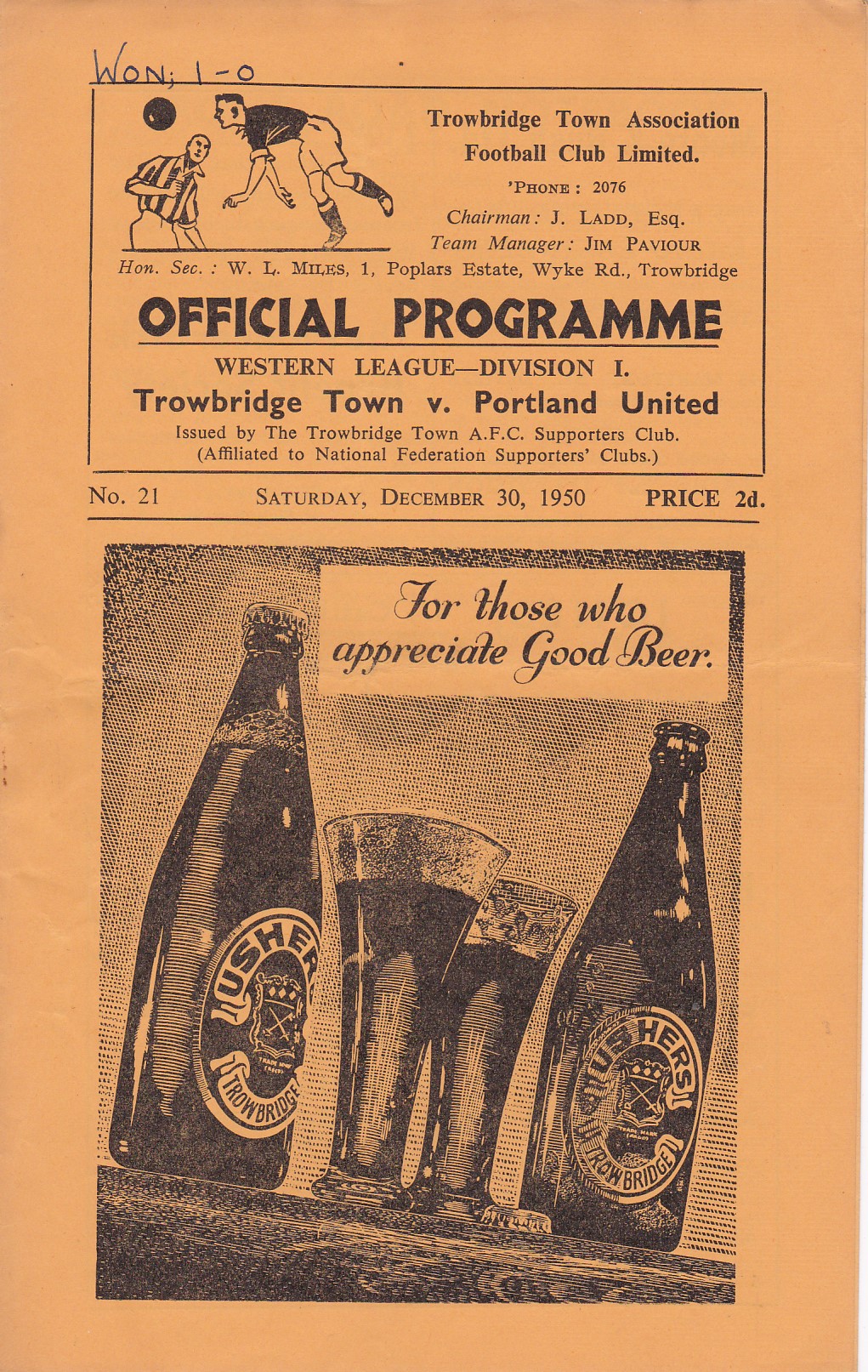