League - Western League Division One
Monday, December 25th, 1950, 3:00 PM
Attendance: 3,250A crowd of 3.250 saw a fast, robust encounter at Frome Road ground on Christmas Day end in a draw 1-1, a result of which few could complain. Both sides missed reasonably easy scoring opportunities, chiefly because of over-eagerness. Early on Ron Webb had to retire with a nasty gash over an eye as a result of collision with Davenport, but he was able to resume. The United halves controlled the ball well and frequently initiated promising attacks, but the forwards were not very dangerous marksmen. Nutt, for example, had a great chance, but shot very feebly, and Vince was able clear. Webb made one of the finest runs the game, and his final shot was very near the scoring mark. Then a shot by Baldic struck the foot of the upright, and Nutt, cutting in to the rebound, must have been disappointed to see Vince, while on the ground, gather the ball and clear. McLoughlin rescued his side from some very tight corners before half-time. In the 13th minute of the second half Trowbridge took the lead with a magnificent goal. Webb sent the ball up to Haycock, who in turn ran round a defender and centred squarely for Dagg to make great leap and head the ball past McLoughlin into the top corner of the net. United fought back strongly. Vince saving well from Baldic. Haycock dropped a beauty on to the United crossbar, but ten minutes from time, in the gathering gloom. United brought the ball from their own half, and with remarkable swiftness Nutt cut in and beat Vince with a cross drive from the left. Sutherland and Haycock were outstanding the Trowbridge defence, while Chippenham had two grand wing halves in Artus and Davenport. The United had two former Trowbridge forwards, Cyril Greenland and "Mitch" Barclay. 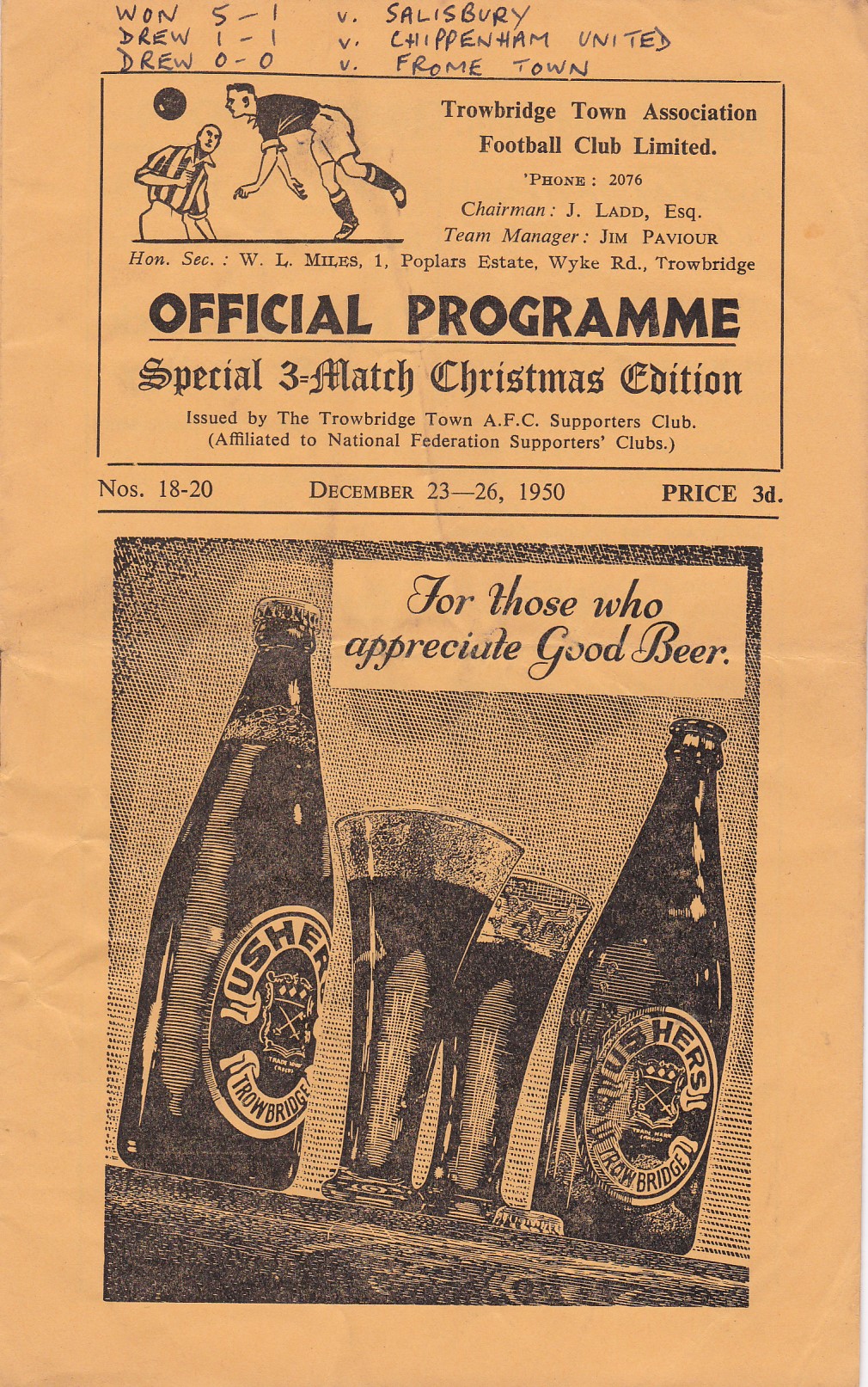