The crowd of nearly 2,000 who defied fog and gloom got good soccer value for money in the match between Trowbridge and Paulton Rovers at Frome Road. It was one of the best games seen on the ground for many weeks, and although Trowbridge won 4-1 (the same score by which they knocked the Rovers out of the F A. Cup earlier this season), it was more than the visitors merited.
From the kick-off Paulton played like potential league champions, their forwards supported by accurate passing from their halves, extracting every ounce of energy from the Trowbridge defence which, although without Lovesey (injured) and Haycock (playing for Wiltshire), brought the attackers to defeat at the goalmouth time and again. Trowbridge lasted the pace better on the heavy ground, however, and two fine opportunist goals by right-winger Haddon in the last five minutes secured rather flattering margin of victory.
Heal, former Bristol City player, was a big menace to home defence, and Sheppard was often beaten by his speed and clever ball play. It was Heal who put the Rovers ahead after 23 minutes. Griffey harassed Sheppard as a high ball was dropping near the goal-line, causing the full-back to "screw" the ball into the goalmouth, where Heal hit it first time just inside the upright, giving Vince no possible chance to save. Sutherland often set the Trowbridge attack moving with judicious passes, and Dagg. eluding Jones by "wandering" tactics, got in a number of creditable shots which might well have succeeded but for the vigilance of goalkeeper Oakes. In swarming attacks by Paulton Vince saved at close range from Heal, and seconds later punched a great shot from Nuth (left-half) over the crossbar. The bright football pleased the spectators, and Trowbridge, showing improvement in attack, gave Oakes many opportunities to display his abilities, which he did by saving shots from Haddon and Webb. Shortly before half-time Haddon started a movement which brought an equaliser. He centred to Abrahams, who in turn passed Webb, and the winger sent in a fine shot which Oakes pushed against an upright and the ball turned into the net.
DAGG'S FINE GOAL
Those who contend that is without speed and ball control were proved wrong in the early minutes of the second half. Grimason started an attack through Webb, who lobbed the ball inside. Dagg skilfully nodded the ball to his feet and then beat the challenge of a defender by a grand burst of speed, and finished with a rasping drive which beat Oakes all ends up. Rogers missed a great chance equalise, and Dagg, again dribbling the ball through, disappointed by shooting over. Abrahams was a clever schemer, serving up many excellent passes to his colleagues, sometimes too unselfishly, when he appeared to better placed for a shot. In the gathering darkness Haddon scored from a centre by Webb, and two minutes later an excellent passing move in which Webb, Abrahams and Dagg participated, gave Haddon another scoring chance of which he took full advantage. Congratulations to both teams on their sportsmanship. There no better closing scene than opponents shaking each other by the hand as they retire to the dressing-rooms.
Official attendance was 1,920. 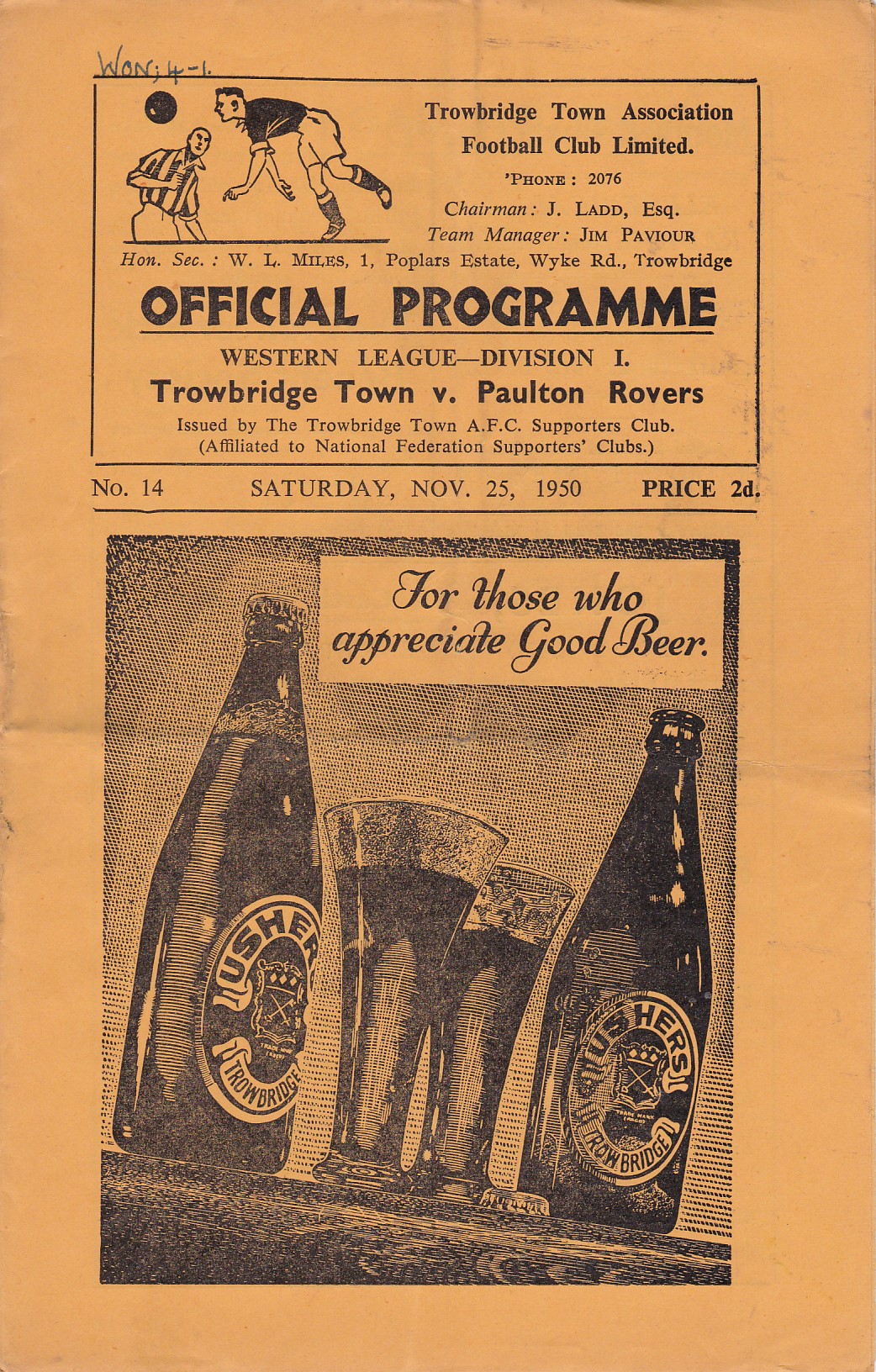