League - Wiltshire Intermediate League
Saturday, March 11th, 2000, 3:00 PM Trowbridge strolled though their last home game of the season. The first two goals came early, Chris Tricker scoring first and O'Pray forcing the second as it spun off the goalkeepers foot. We then lost Adam Smith and Will Astall to injuries, being replaced by Neil Willcox and Wayne Miles respectively. This unsettled Trowbridge and Wroughton pulled a goal back with a very well struck shot into the left side of the net. During the second half, Trowbridge created more and more chances, the third goal coming from close in as Neil Willcox reacted very quickly to beat the goalkeeper to the ball. The fourth Trowbridge goal was probably the best as Chris Tricker volleyed home from just inside the area. There were one or two very good moves in the second half with unfortunately did not lead to more goals until finally, Kirkpatrick made it five. The only real chance that Wroughton had in the second half was from a free kick that was dealt with excellently by Chris Vaughan.

Report by Robin Sims.
Picture courtesy of the Wiltshire Times. 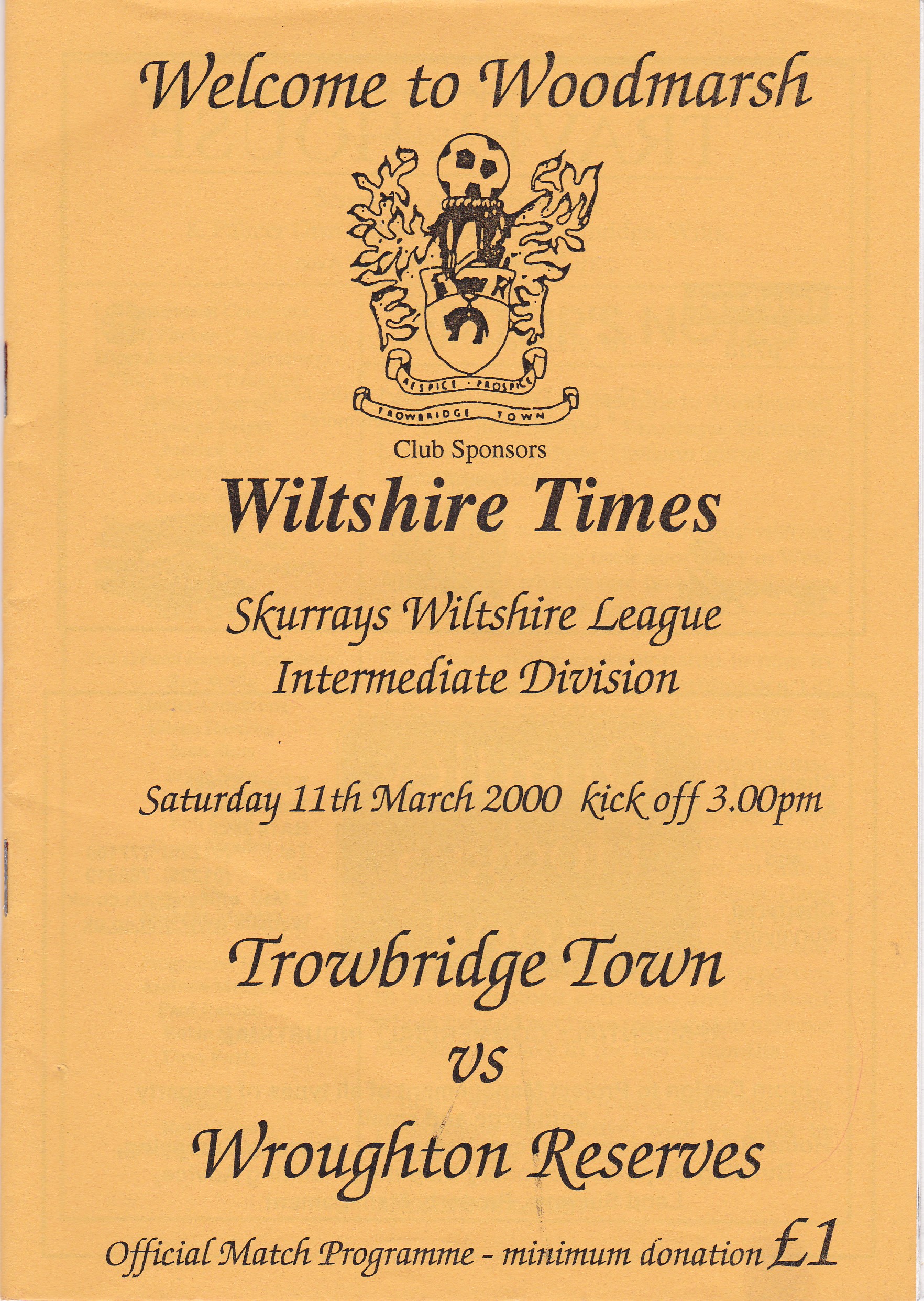