League - Wiltshire Intermediate League
Saturday, February 19th, 2000, 2:15 PM These match notes are never meant to be in depth, just a few reminders if ever I need to look back. A second half conversation I had with Andrew Meaden today certainly confirmed that I have been successful, his version was "We won 7-0 today, thank you and goodnight". Well I'll do a little better than that, I'll include the scorers! No goal times though, I'll leave that to the experts. I did get my watch back today though, thanks guys. (I'd left it in the goalmouth against Aldbourne.) Anyway, back to the brief notes. Paul Shanley opened the scoring with a shot from outside the area. The second came from Neil Kirkpatrick near the end of the first half from close in and Chris Tricker added a third. This half time score could easily have doubled but for a good performance from the Marlborough 'keeper. The second half was obviously going to be a case of how many. The best goal of the game was scored with a superb header from Steve Eade diving to meet an accurate cross from Chris Tricker. The fifth came shortly after when "Kirky" used his long legs to get to the ball first. Chris Tricker then grabbed his second from close range to make it six and near the end Neil Kirkpatrick completed his hat-trick to make it seven. The programme notes for today's game contained a small tribute to Marlborough from our chairman John Fitchen. Marlborough without a point all season deserve some credit for playing with spirit and sportsmanship. Well Done! 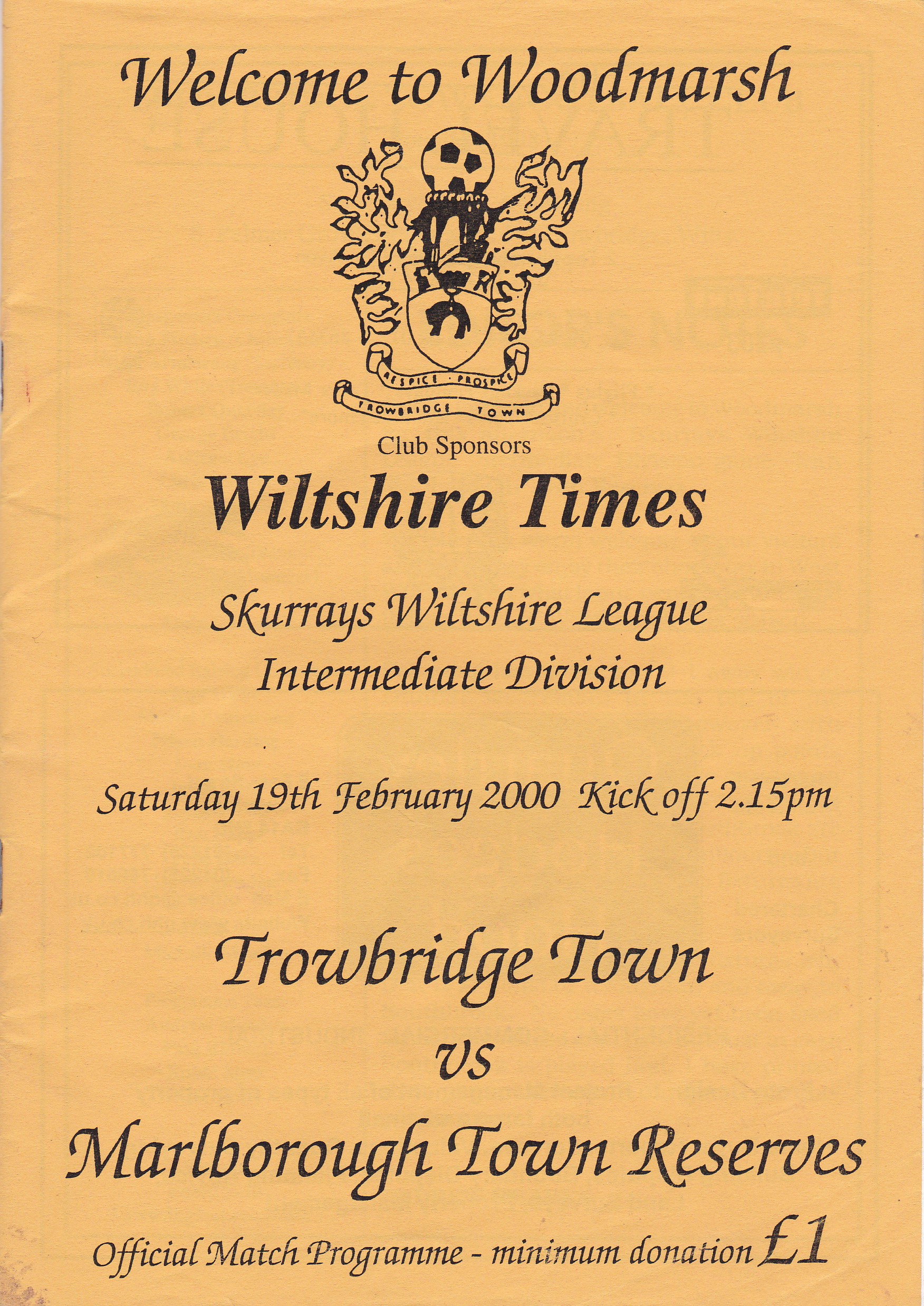