League - Wiltshire Intermediate League
Saturday, November 27th, 1999, 2:15 PM Captain fantastic Steve Eade claimed the points for Trowbridge today in a match where Burmah Castrol must have felt they deserved to go away with something. Trowbridge had more possession in the first half but Burmah always looked as if they could counter attack. Steve Eade was brought down in the box for Neil Kirkpatrick to step and score the first goal from the spot. The game becoming very physical occasionally as Burmah appeared to be getting a little frustrated with some of the refereeing decisions. Salt was then rubbed in the wounds when another penalty was given for hand ball. I did not have a good view of this but the claims from the crowd behind the goal tend to confirm the referee's decision. Once again Neil tucked the ball away for a 2-0 lead. The feeling at half time though was that the match was far from over. Trowbridge were not playing well and Burmah looked dangerous. This fear became fact as Burmah fought hard and pulled back to 2-2. For the second week running Ben Phillips came on as a second half substitute, (good to see him back). However the hero was once again Captain fantastic Steve Eade who claimed all three points with a well struck low shot past the keeper in dying seconds of the game. Burmah must have felt sick as the home supporters celebrated a fortunate win 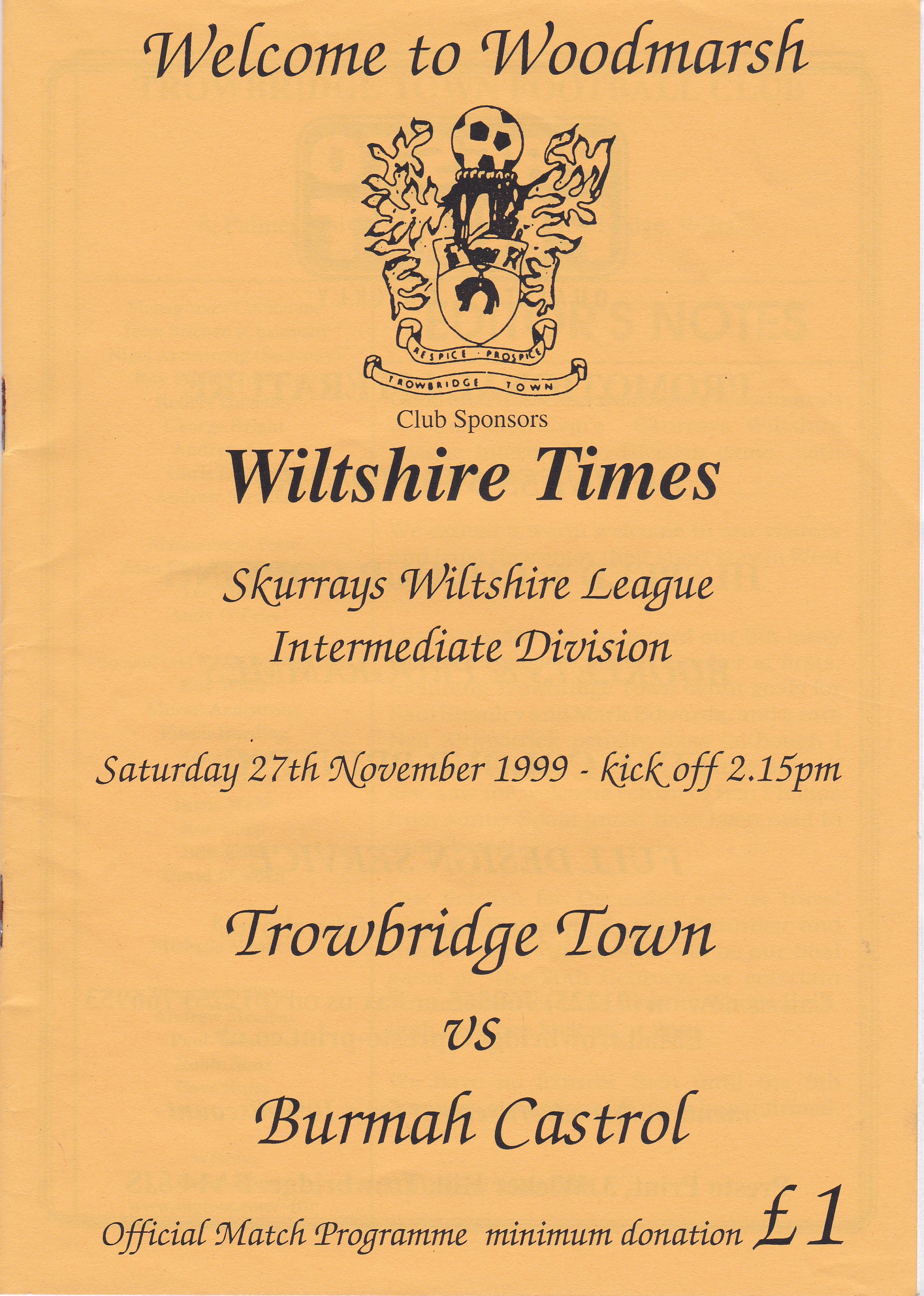