League - Wiltshire Intermediate League
Saturday, November 13th, 1999, 2:15 PM Despite the Scotland-England game on the television, a decent crowd showed their loyalty by turning up for this game hoping for a convincing win. In the end that's what they saw but it took some time for Trowbridge to assert their authority in this game. Danny Reeves opened his account for us with a finish from close range. Neil Kirkpatrick then doubled the score before half time also from close range. Dunbar had little to offer and only a 2-0 lead at half time was disappointing. Trowbridge started a lot more brightly kicking down hill in he second half, no doubt a few strong words had been said during the interval. It was all one way traffic from now on as Reeves grabbed his second after a goalkeeping error and the Will Astall who was still playing a defensive role at this point scored the fourth. Following some substitutions, Will was then switched to a forward role and shortly afterwards grabbed his second and Town's fifth. Trowbridge were then awarded a penalty and the crowd were hoping Will could complete his hat-trick and called for him to take it. That job however, belongs to "Kirky" who scored from the spot with his usual confidence. Kirky was then looking for a hat-trick himself, he beat a defender and struck a powerful shot past the Dunbar 'keeper only for the ball to rebound off a post. Dunbar then scored a consolation goal which was sportingly applauded by the Trowbridge crowd. 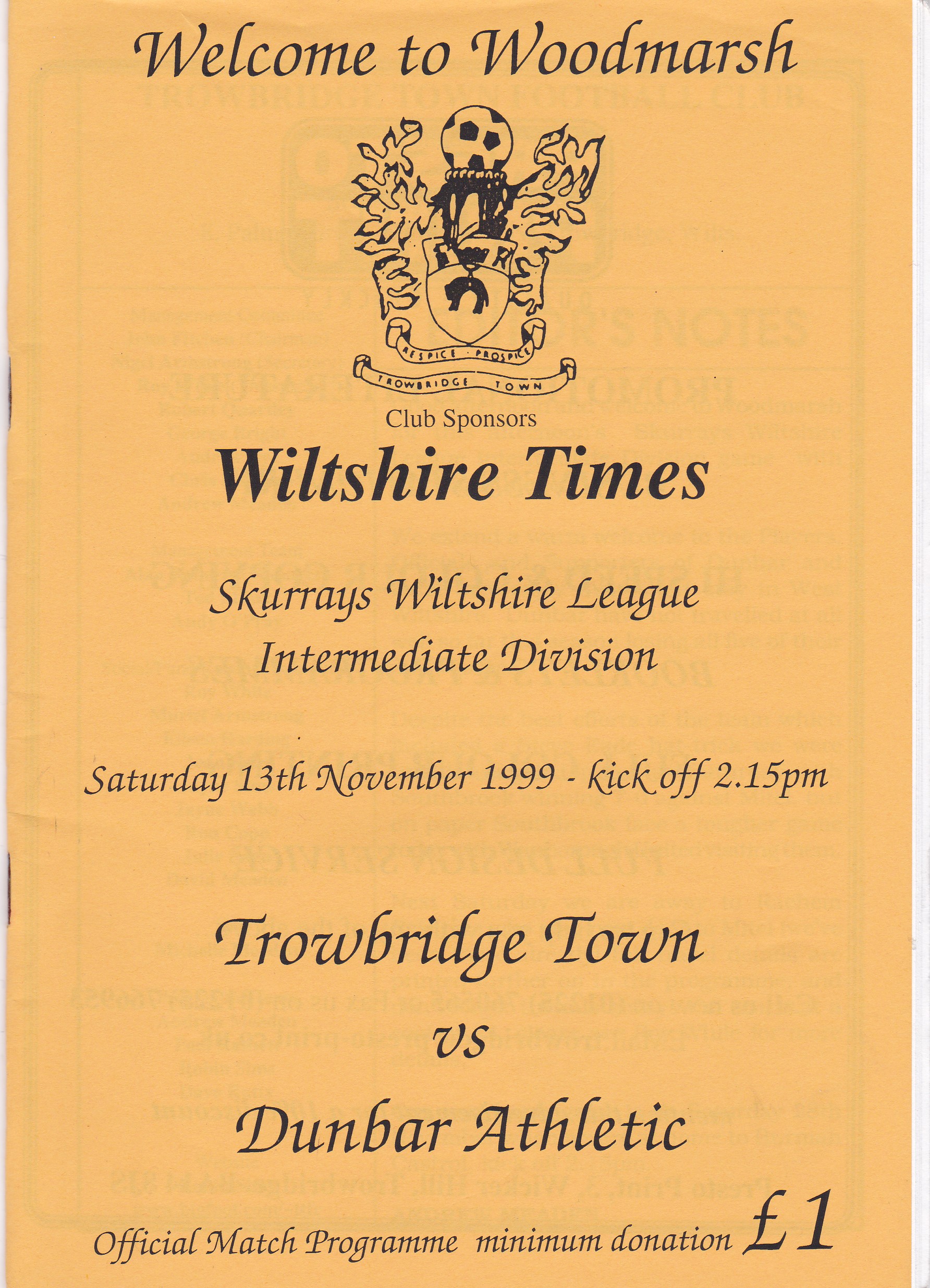