League - Wiltshire Intermediate League
Saturday, November 6th, 1999, 2:15 PM I don't know if this performance was due to the defeat last week or whether it was because Blunsdon were awarded the cup tie played earlier this season. Either way Alan Roberts certainly fired up his team for this game. They played some excellent football and although Blunsdon created a few chances on the break, the score could have been doubled. Steve Eade gave Trowbridge an early lead smashing home a rebound off the crossbar. The pressure continued with some fine work down both wings and it was one of these attacks that led to the second goal. The ball was played up to recent signing Danny Reeves who turned and beat a defender well to set up Steve Eade for his and Town's second. Blunsdon then pulled one back when a forward latched on to a through ball and finished well from the right side of the penalty area. It was after this that Blunsdon played with a little more confidence but this did not last long and Neil Kirkpatrick scored to regain a two goal advantage. At the start of the second half the Blunsdon manager requested that the referee should ask Alan Roberts to speak to the Town supporters behind the goal as they were unnerving the goalkeeper! Strange that, I thought that's what crowds did, most goalkeepers take it in good part and sometimes even shake hands with some of our supporters afterwards. Oh well back to the football... Blunsdon had a player sent of for a bad tackle early on in this half and despite many chances after that Trowbridge added just one more goal. Steve Eade completing a fine hat-trick. At the end of the match the Trowbridge supporters sang the team off and made it clear that Steve Eade should not think about leaving for Frome after the recent report in the local papers. I know Steve heard them singing and I hope you read this Steve. A fine team performance led by a fine captain! Stay here where you belong! 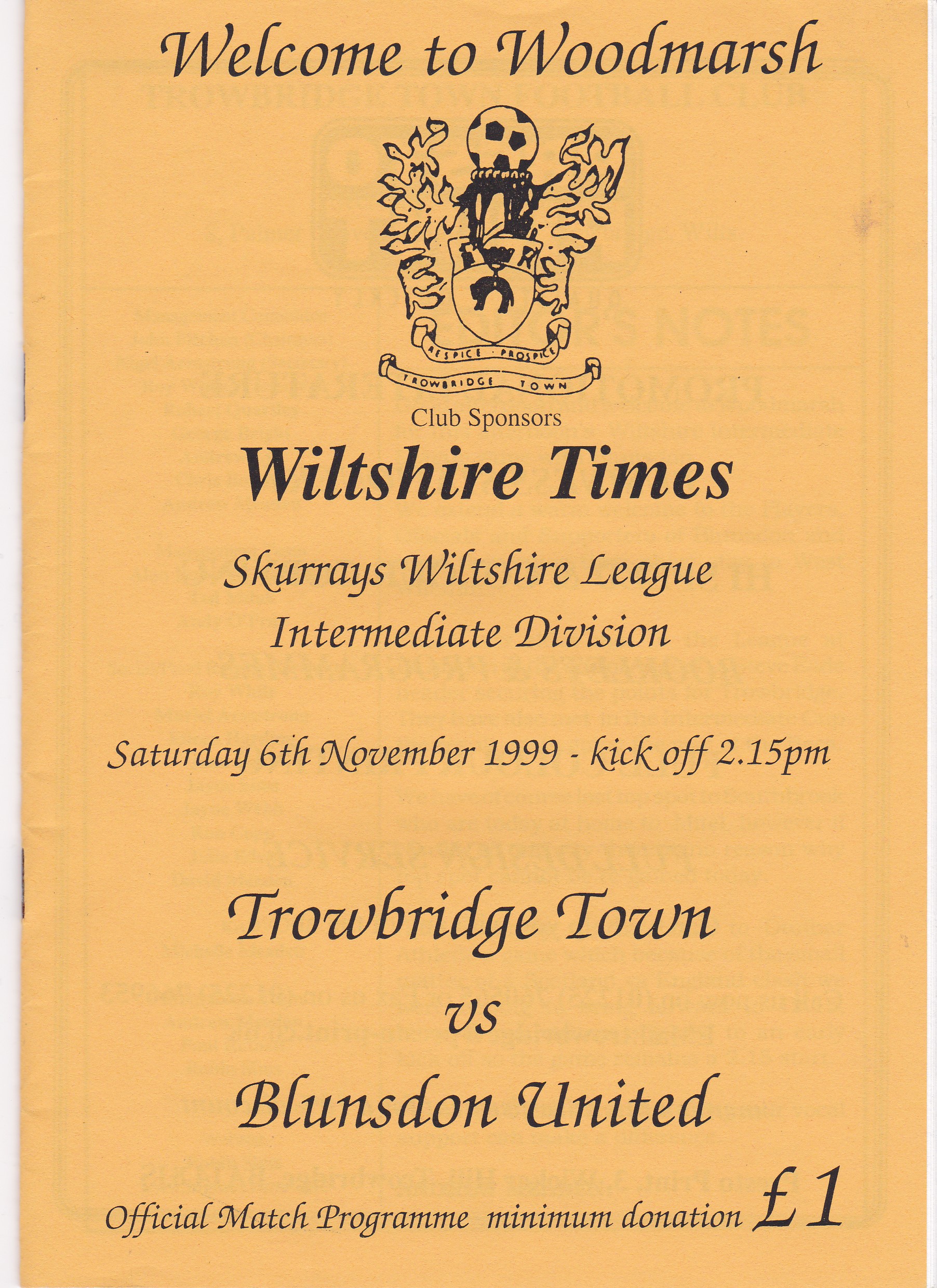