League - Wiltshire Intermediate League
Saturday, October 9th, 1999, 3:00 PM Trowbridge came back twice in this match against a tough Wanborough side. Once again the opponents settled more quickly and they took the lead with a headed goal by Dale Sawyer from close range. They then continued to control the game for long periods and despite the fact that Trowbridge created some chances towards the end of the first half and also had a goal disallowed following a foul on the Wanborough 'keeper, the half finished with the away side still leading 1-0. The second half was a very different story with Trowbridge applying pressure as they kicked down hill. This pressure paid off when Will Astall's determination took the ball away from the goalkeepers hands and allowed him to curl a shot towards the goal. The Wanborough defender on the line could only keep the ball out by handling. Obviously the referee had no option but to send him off and Neil Kirkpatrick scored the equaliser from the resultant penalty. Despite being down to ten men, Wanborough stuck to their task and took the lead after an unfortunate error by Rob Coombes allowed Dale Sawyer to nip in and beat Chris Vaughan by his near post. With the game deep into injury time, captain Steve Eade saved Trowbridge from their first defeat with a fine headed equaliser from the edge of the box. 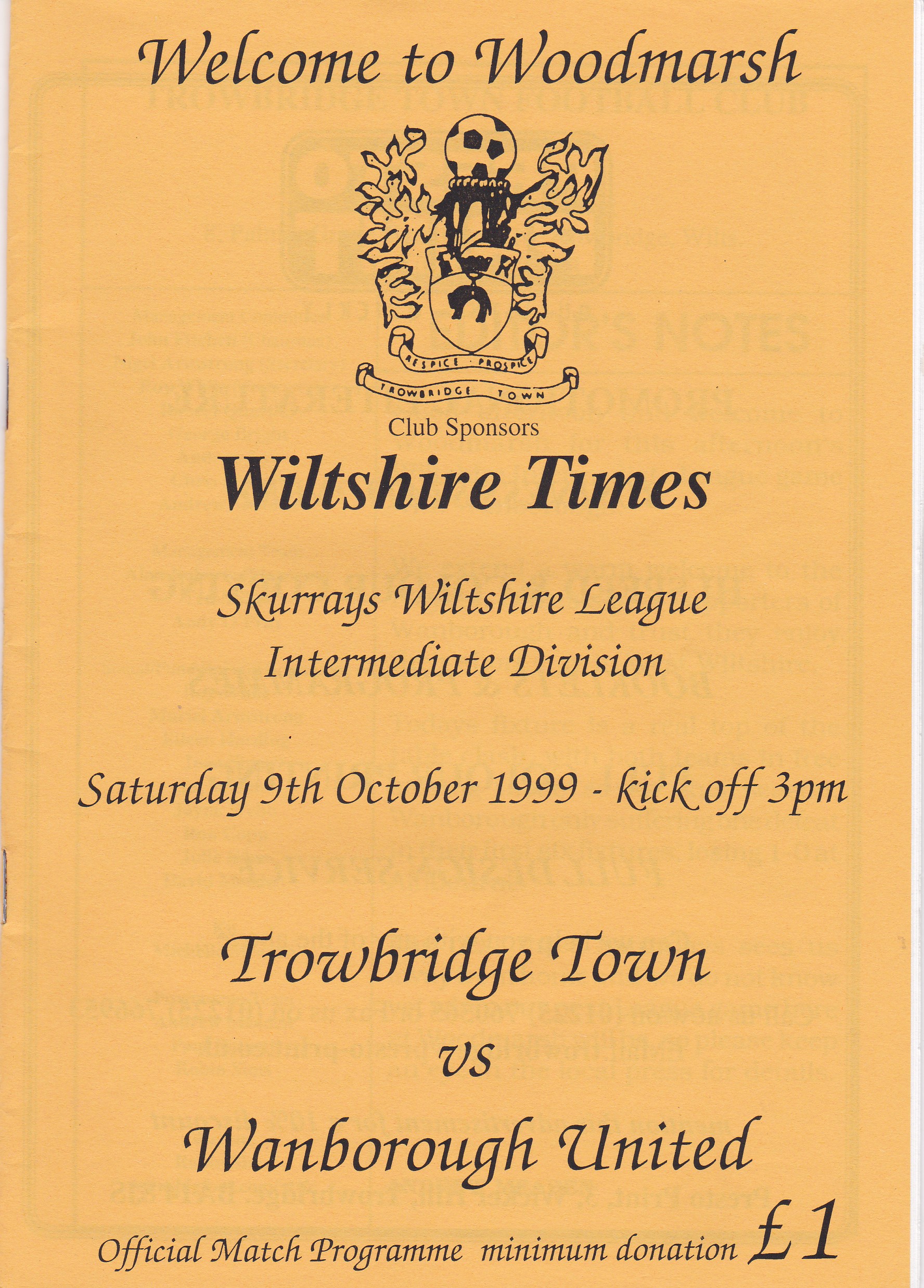