Wiltshire Intermediate Cup - 1st Round Match Awarded to Blunsdon
Saturday, September 18th, 1999, 3:00 PM Blunsdon came to Woodmarsh looking to avenge the recent league defeat by Trowbridge but went away with nothing after another very competitive match. The first half finished goalless although both sides wasted chances in the very difficult conditions. Another good home crowd braved the windy/rainy conditions and must have appreciated their team's effort as they gradually wore down Blunsdon to take control in the second half. The first goal was a long time coming but was worth the wait. Gary Holding (who seems to always score spectacular goals), smashed in the first goal after finding some space at the left corner of the area. As the game went into injury time Ben Phillips was clearly fouled in the box and Neil Kirkpatrick made sure from the spot to ensure our safe passage into the next round. A fine win against a very competitive Blunsdon side.

Report by Robin Sims.
Note: With two minutes of the match remaining, Trowbridge brought on John Taylor. Having signed on recently, John was eligible for league matches but not enough days had passed for him to be eligible for the cup. Trowbridge were therefore eliminated from the competition. 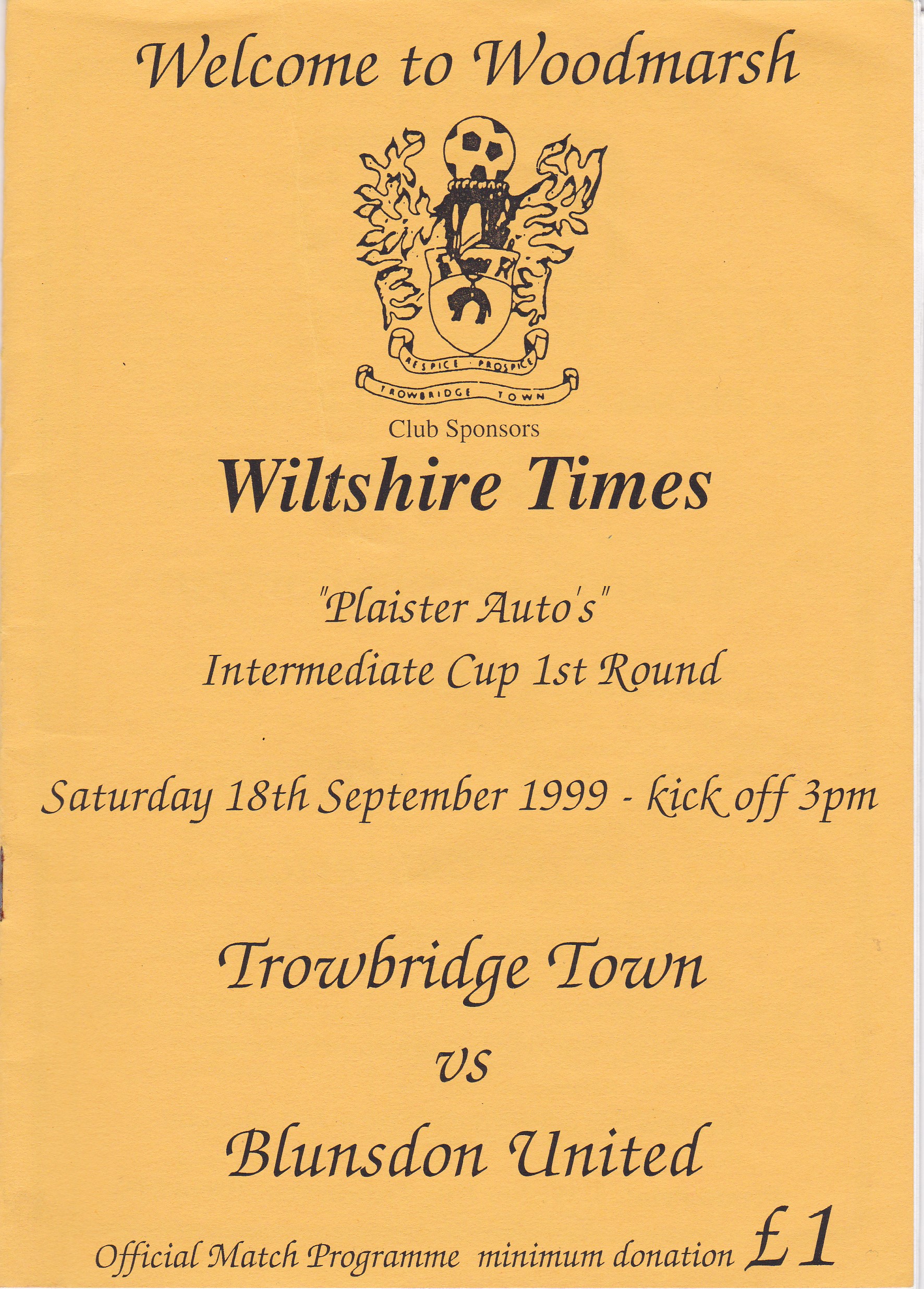