League - Wiltshire Football League Premier Division
Thursday, April 19th, 2001, 6:15 PM There were very few chances in this closely fought contest with Melksham Town Reserves. In the main it was the defences who won the day with Gordon Saunderson putting in a typically solid performance at the back for the home side...Neil Kirkpatrick found the back of the net after ten minutes but the goal was ruled out for offside. The two sides then cancelled each other out and there were very few chances until the 34th minute. Ex Trowbridge Town player, Matty Bown striking a superb volley over the bar.

In the second half, Trowbridge had an early opportunity when Tim Waylen was obstructed and they were awarded an indirect free kick inside the area. Unfortunately the resultant free kick hit the wall and came to nothing. In the 62 minute, it was Melksham's turn to be disappointed with a disallowed goal; again this was an offside decision. With the game looking likely to end in a 0-0 draw there were two snippets of excitement near the end. With six minutes to go Chris Vaughan made a fine save and a minute later Adam Smith grabbed the points for Trowbridge. He first, blocked a clearance, reacted quickly to get to ball before Nick Evans, the Melksham 'keeper and then slotted the ball home to the delight of home fans. Final note, the players had to contend with the sun in their eyes. After all the rain, this certainly made a change! 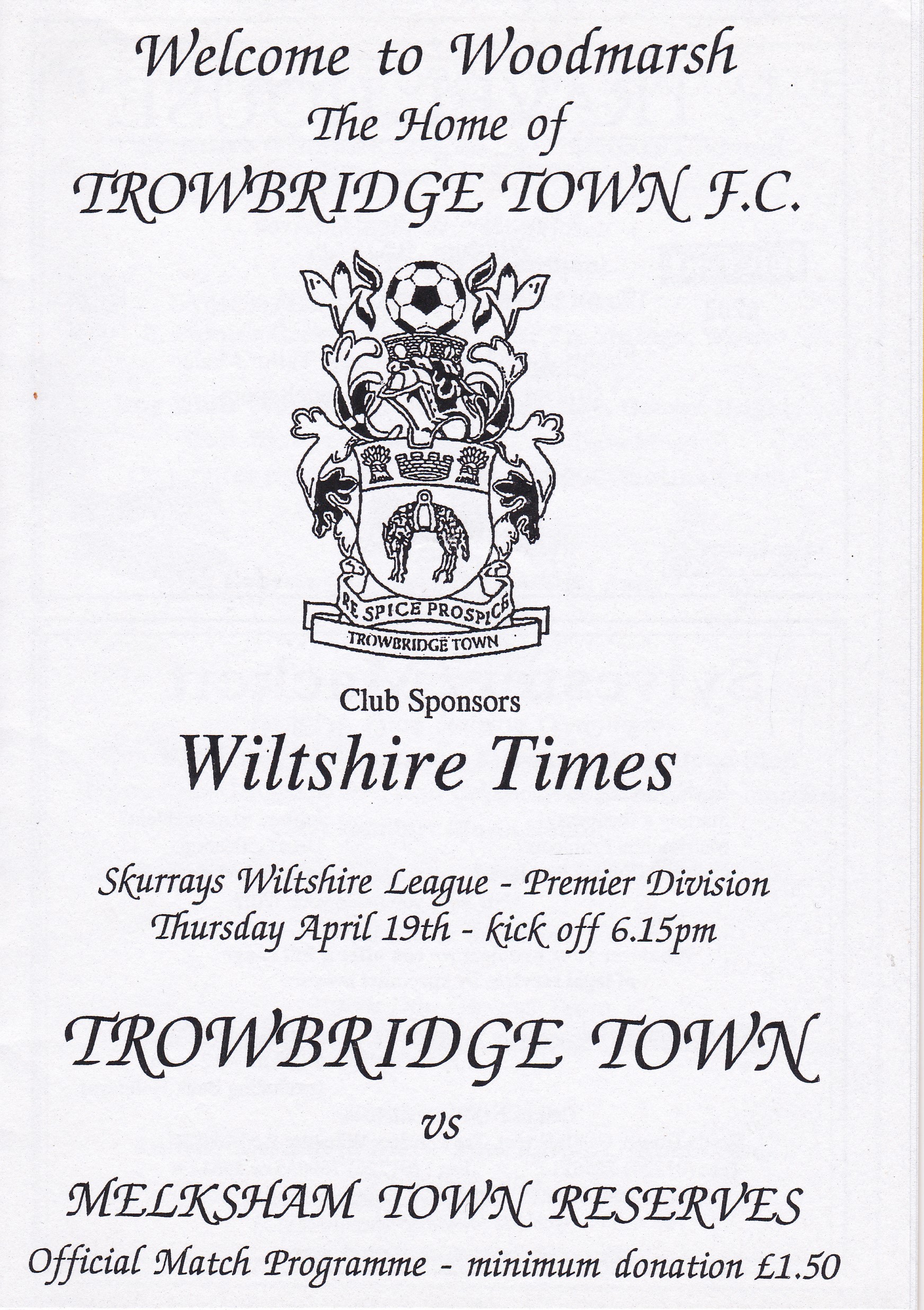