League - Wiltshire Football League Premier Division
Thursday, April 12th, 2001, 6:15 PM The match we have all been waiting for turned into a good one and there was a decent crowd to witness it despite the early midweek kick off. The first chance for Trowbridge came after just five minutes, Chris Henry knocked the ball back for Mark Edwards to cross but Jerad O'Pray headed into the arms of the goalkeeper. After 26 minutes Bradford were awarded a free kick and Burr took it quickly catching Chris Vaughan out of position to give the visitors a 1-0 lead. Bradford nearly extended their lead on the half hour but Vaughan saved well with his legs. The game then changed dramatically as Trowbridge stepped up a gear. The equaliser coming after 32 minutes, Neil Kirkpatrick looping a header into the opposite corner from a Paul Shanley free kick. Three minutes later Trowbridge took the lead, Chris Henry beat the offside trap, latched onto a ball from Ben Gardner and provided the required finish. Henry was also involved in the third goal, doing really well to win a ball on the left wing, then crossing for Jerad O'Pray to make it 3-1 at half time.

In the second half, Bradford saw one chance drop just over the crossbar but other than that most of the chances were created by Trowbridge. Andy Bloodworth created havoc down the right wing and Waylen, Connors and O'Pray all came close in their attempts to increase the lead. Manager Alan Roberts (pictured) was naturally very pleased with the result which completed the league double over Bradford and also helped to consolidate our 6th position in the league. 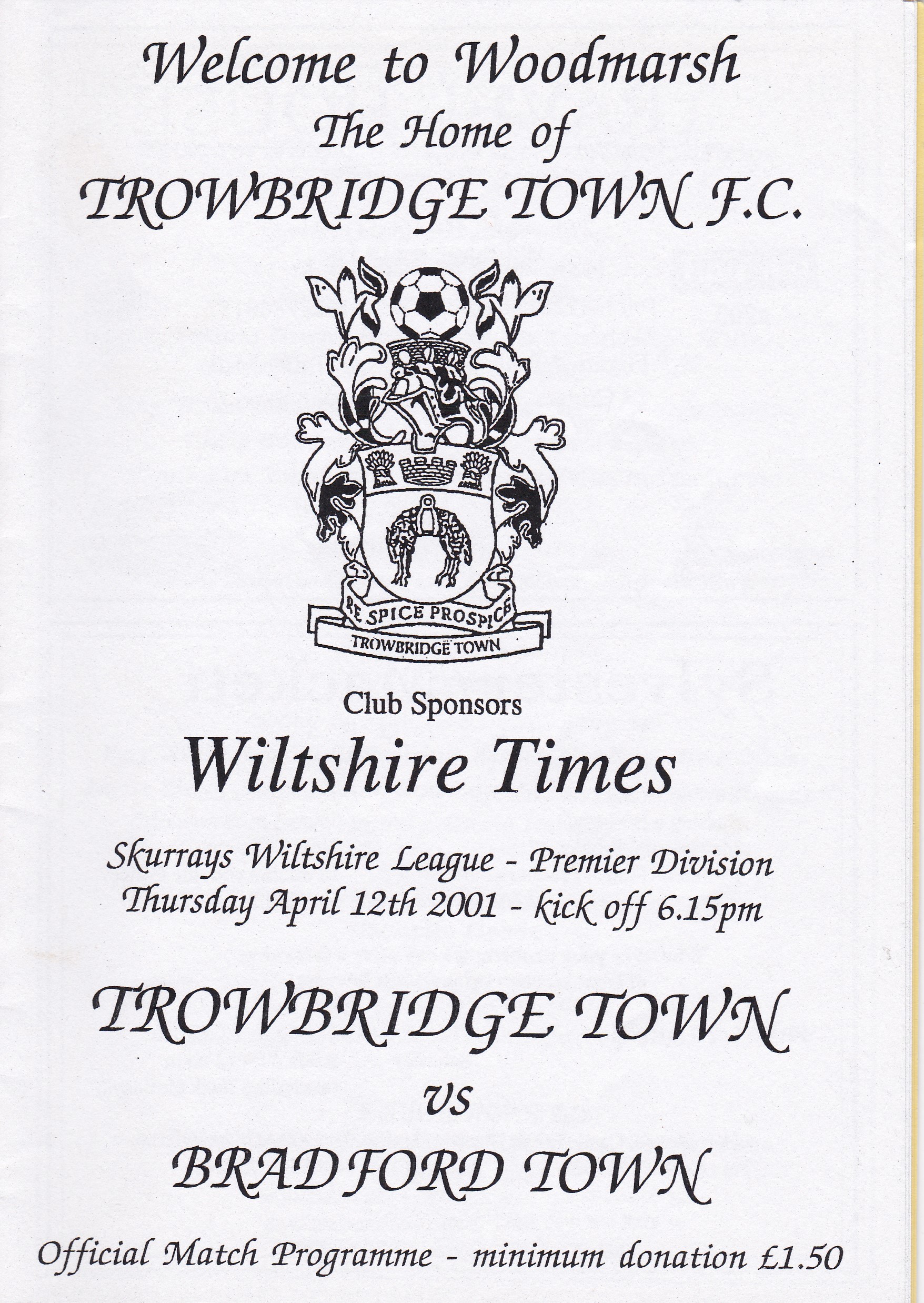