League - Wiltshire Football League Premier Division
Tuesday, April 10th, 2001, 6:15 PM The first half of this match resembled the performance on Saturday. Trowbridge had 95% possession but could not turn it into goals. The best move in the first half came on 30 minutes. A good ball from Jerad O'Pray found Chris Henry who cut the ball back to Tim Waylen. Unfortunately Tim smashed his shot against the crossbar. Shortly afterwards, Ben Gardner shot straight into the goalkeepers arms and the match remained goalless at half time.

The second half was quite uneventful until 10 minutes from time. Substitute Neil Kirkpatrick managed to head the only goal of the game from a cross by Mark Connors. The ball just about going inside the left post. With the match against Bradford just two days away, Trowbridge took the opportunity to use 16 year old Walead Bakali as the other substitute. The youngster did well on his debut, he competed well and was unfortunate to get caught offside in the latter stages of the game, just mistiming his run onto a good through ball. 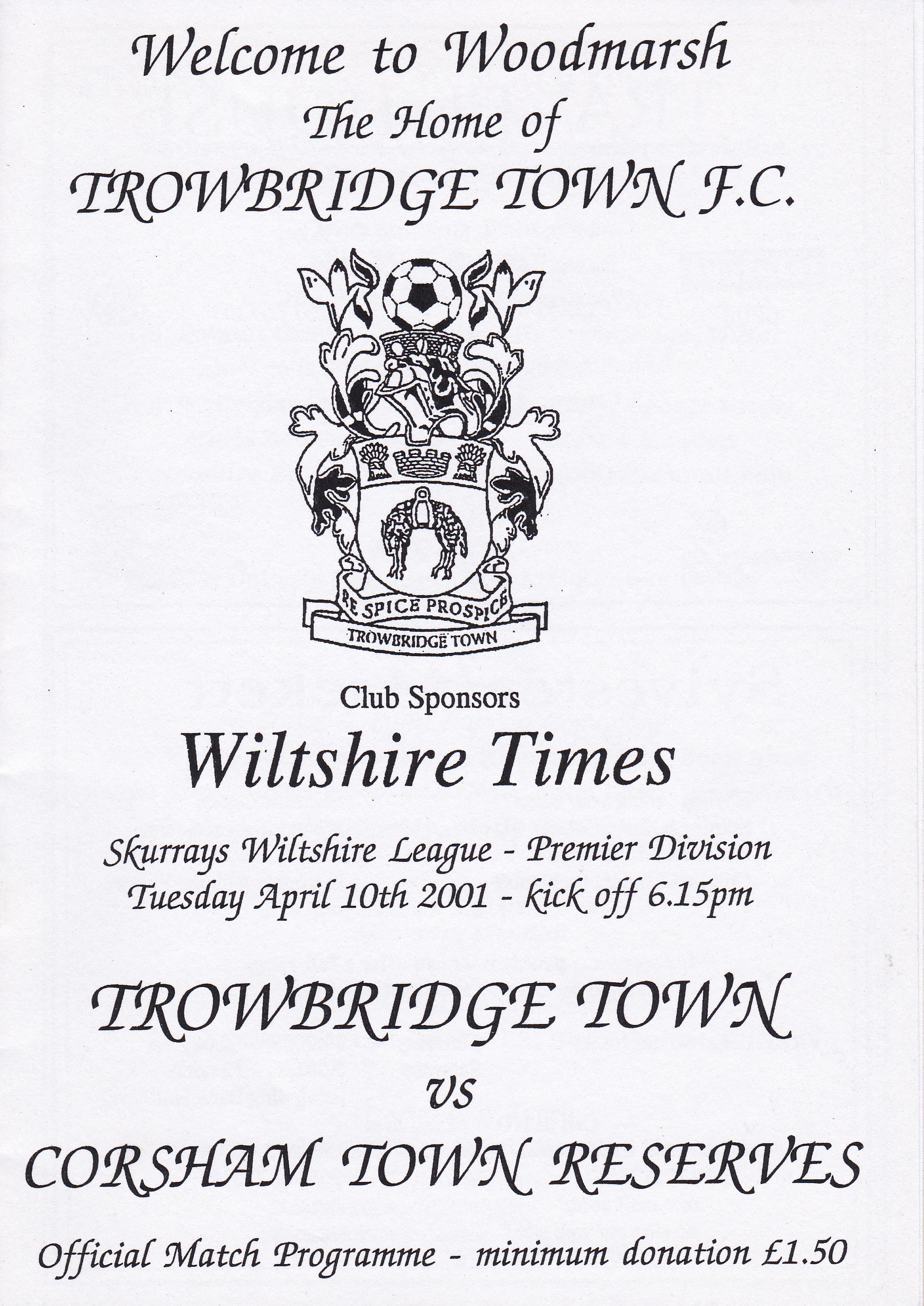