League - Wiltshire Football League Premier Division
Saturday, January 27th, 2001, 2:15 PM Trowbridge started this match by attacking Wroughton from the off and could have easily scored two or three goals in the first five minutes. Martin Sharkey turned the first effort from Mike Little over the bar and then Tim Waylen also shot with the same result. It was therefore not a surprise when the first goal came from Jerad O'Pray, a superb, unstoppable shot from 25 yards. Shortly afterwards Mike Little also hit the post. The match evened out a little after that until Town Captain Brent Murden scored his first goal of the season. He smashed the ball home from the edge of the six-yard box after the ball was centred by Paul Shanley. Trowbridge then had two further chances, one cleared off the line and another where the Wroughton goalkeeper denied Mike Little by reaching an Andy Doel cross just in time. With about five minutes of the first half remaining, Andy Bloodworth went on a dazzling run and centred for O'Pray to score his second making it 3-0. It now seemed to be a matter of how many but Trowbridge lost Mike Little with a knock on the head and Wroughton pulled a goal back right on half time. The ball fell to Steve Lynch and he made no mistake with just Chris Vaughan to beat.

Wroughton started the second half with much more purpose and Trowbridge seemed to lose their way. Wayne Taylor reduced the deficit to one after 54 minutes when he saw Chris Vaughan out of position and expertly scored from long range. The equaliser came three minutes later when Chris Vaughan palmed a hopeful cross into the path of a Wroughton forward who picked out Lee Curtis to head home strongly. Shell shocked Trowbridge had to dig deep for some inspiration and it came on the hour when Jerad O'Pray beat the offside trap, struggled but stayed on his feet and completed his hat trick. Much credit should go to Wroughton in this game. They refused to lie down and die after going three goals behind and even had a goal disallowed because the ball had earlier gone out for a throw in. An entertaining 90 minutes. 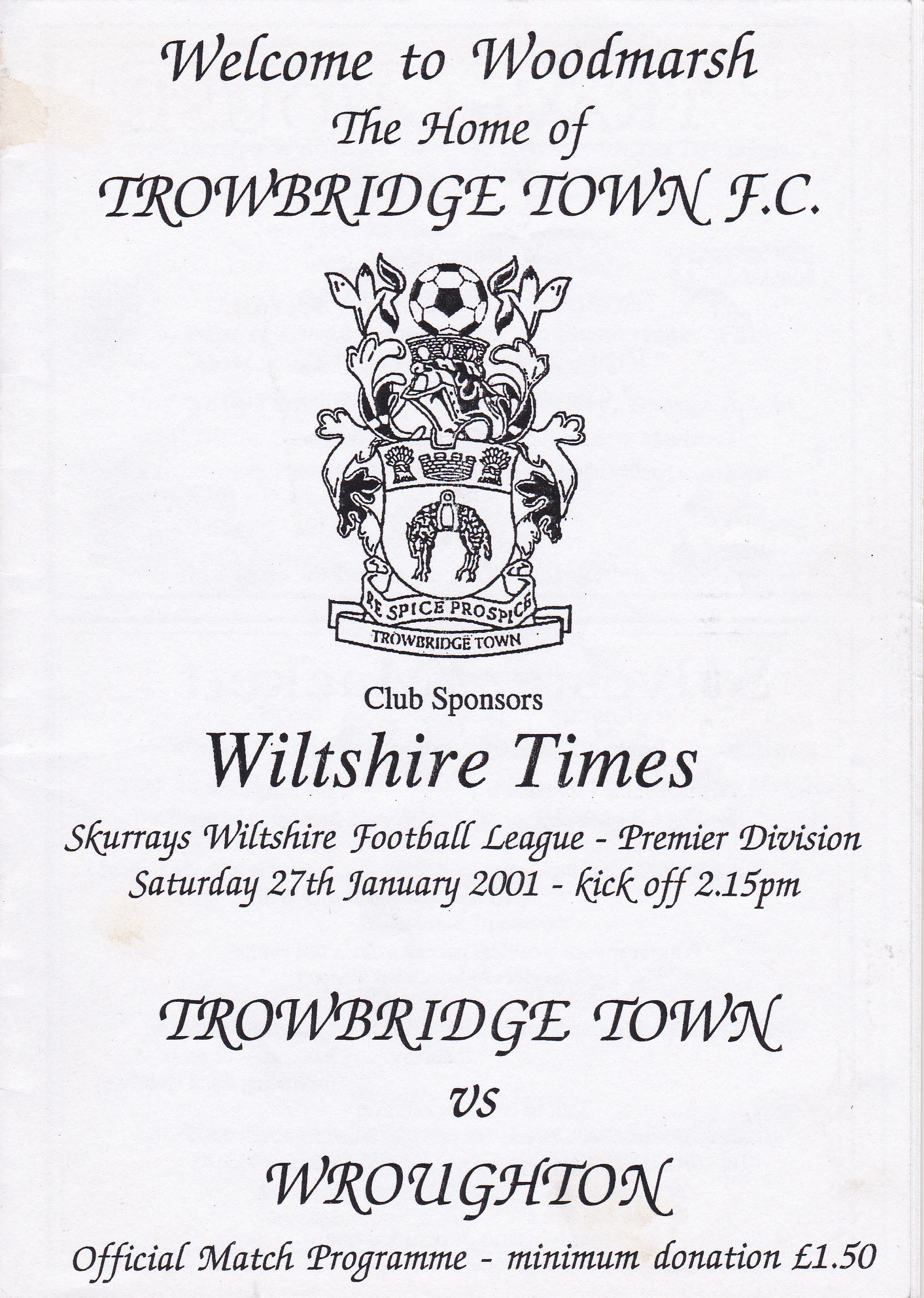