(After extra time)
Wiltshire League Cup - 2nd Round
Saturday, October 21st, 2000, 2:30 PM Trowbridge proved that league positions mean nothing and pulled off a superb extra time win in this Addkey Senior Cup 2nd Round Match. The match had seven of everything, seven bookings, seven goals and the home crowd in seventh heaven! Biddestone took a tenth minute lead when Steve Healy ran onto a through ball and put the ball through the legs of Town 'keeper Chris Vaughan. Eight minutes later, Adam Smith battled past two defenders and hit a strong shot across Paul Haines, the Biddestone 'keeper to equalise in off the post. Biddestone regained the lead when unmarked James Lye slotted home just before the half time break.

With two thirds of the second half gone Chris Henry drove a cross into the area and Neil Kirkpatrick squared the match with a bullet header. Biddestone once again went in front, James Lye grabbing his second. Trowbridge never gave up though and were awarded a last minute penalty when Chris Henry was bundled over in John Taylorthe box. The ever reliable Kirkpatrick stepped up to take the game into extra time.

In the first half of extra time a corner was powerfully headed towards goal by Brent Murden which brought an excellent save from the Biddestone 'keeper. However, John Taylor followed up to put the home side into the lead for the first time in the match. They then had to fight all the way for the remainder of the extra time to achieve a memorable victory. The game occasionally became nasty with several players retaliating but fortunately everyone was still on the pitch and appeared to be friends at the end. 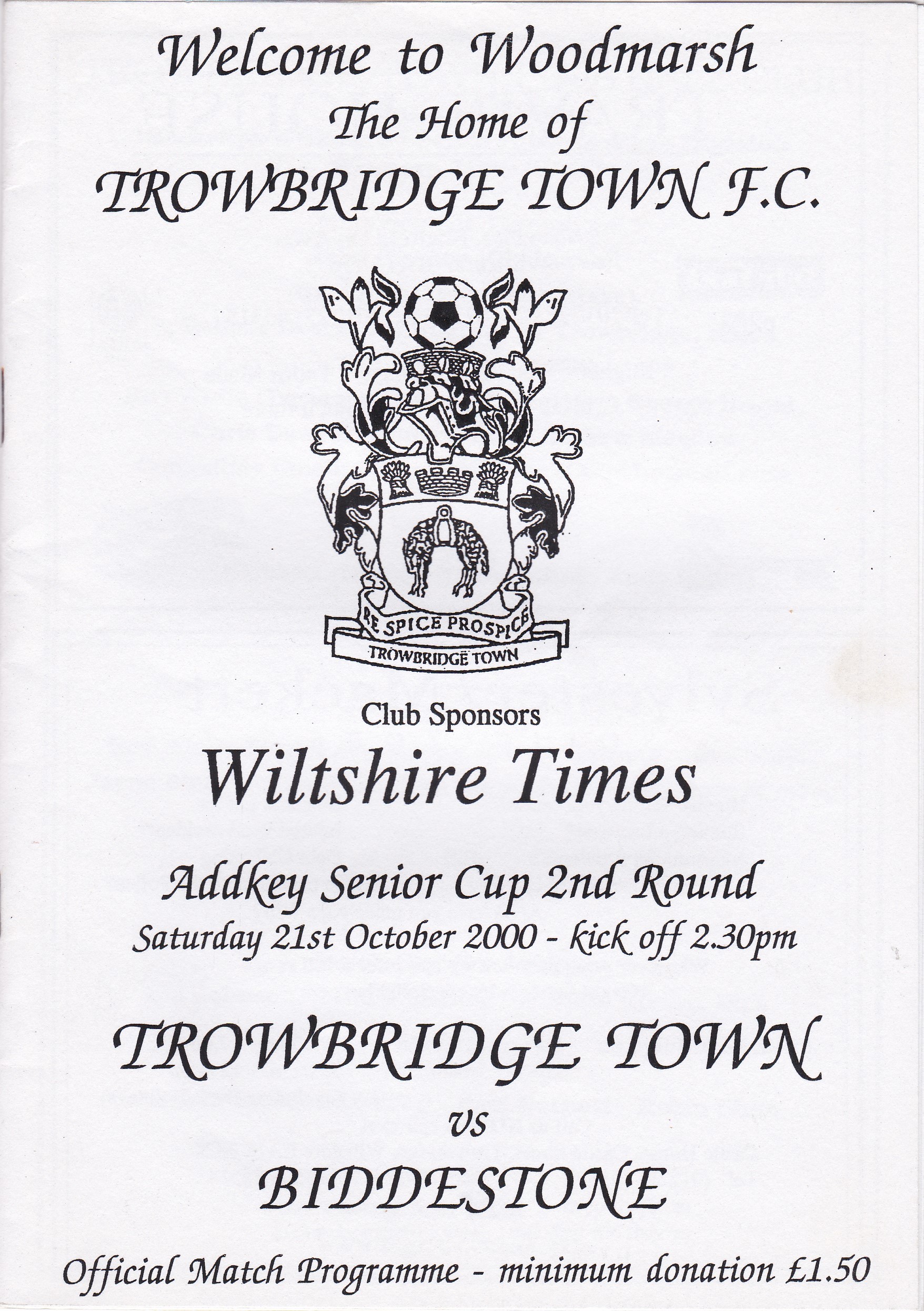