League - Wiltshire Football League Premier Division
Saturday, August 26th, 2000, 3:00 PM Trowbridge chalked up their first league victory of the season, easily sweeping aside Malmesbury who sportingly gave the game all they could. Despite this, the away side nearly took the lead when a one on one opportunity with Chris Vaughan was wasted buy a Malmesbury forward. The first goal came from Andy Doel, claiming his first goal for the club with a short range header. The second coming very quickly after wards when Neil Kirkpatrick beat the goalkeeper to the ball and headed home to give Trowbridge a 2-0 lead at half time.

The second half started with a bang when a cross from the right wing was turned in by the unfortunate Neil Witchard who now has the privilege of being the only player to score an OG in our favour. Shortly after this Kirkpatrick added his second with a tap in to complete the 4-0 score line. 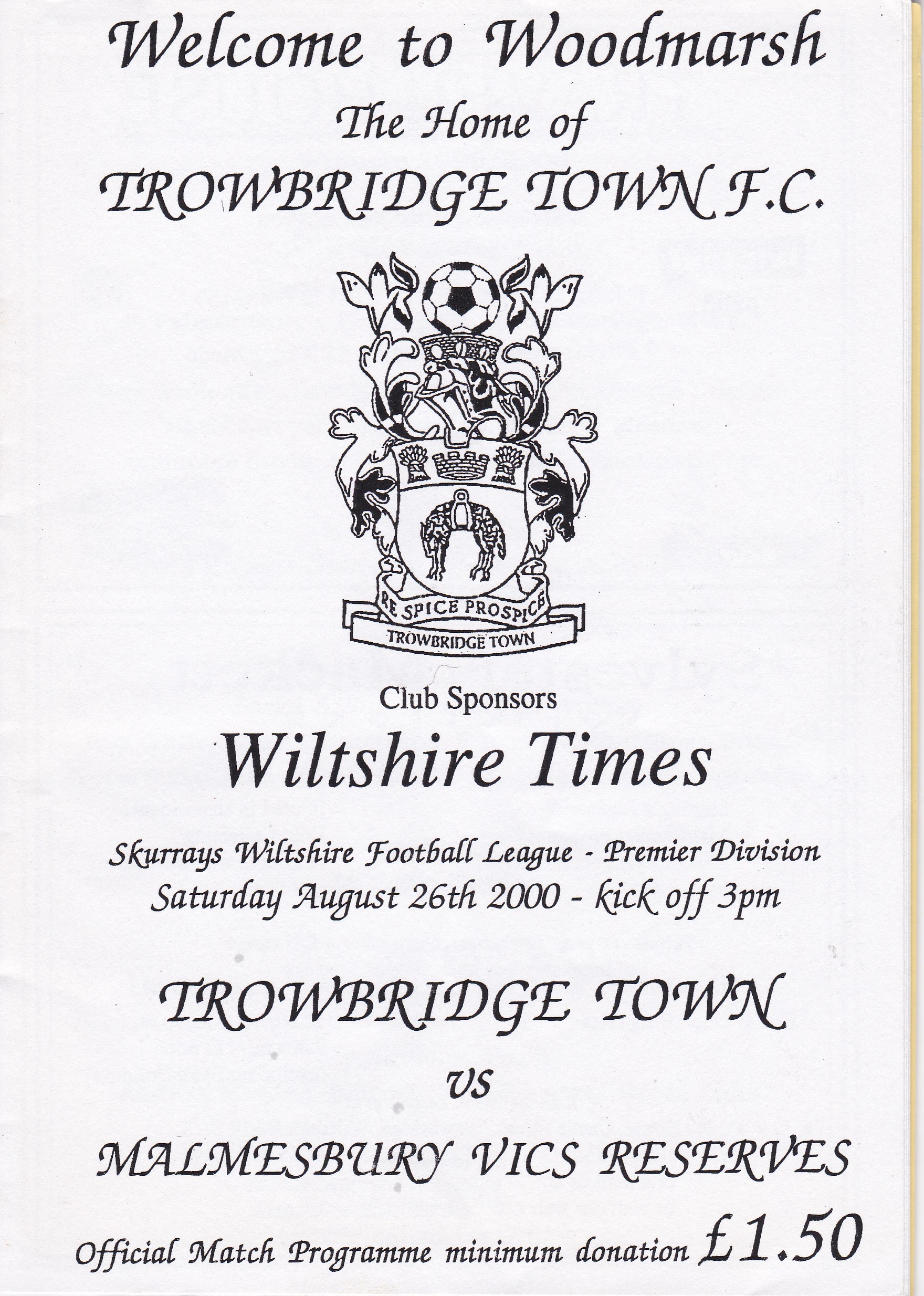