League - Wiltshire Football League Premier Division
Saturday, August 19th, 2000, 3:00 PM Trowbridge started the new campaign with some key players unavailable but still played well enough to earn a point against the team that finished runners-up in the league last season under the name of Raychem. In fact, on another more fortunate day they may have gained all three points in this closely fought contest. The opening goal came after 23 minutes when Ben Gardener ran onto a pass from Adam Smith and smashed the ball into the top right hand corner from all of 25 yards. Unfortunately the lead only lasted three minutes as Dave Hunt failed to grasp a through ball which fell kindly for a Stratton forward to slot home the equaliser. Most people thought that Dave had been fouled but the referee had other ideas. This actually seemed to be true for the entire game but the less said about that the better! To be fair Stratton finished strongly but this would have been unimportant had earlier events gone our way with the crossbar being grazed twice. 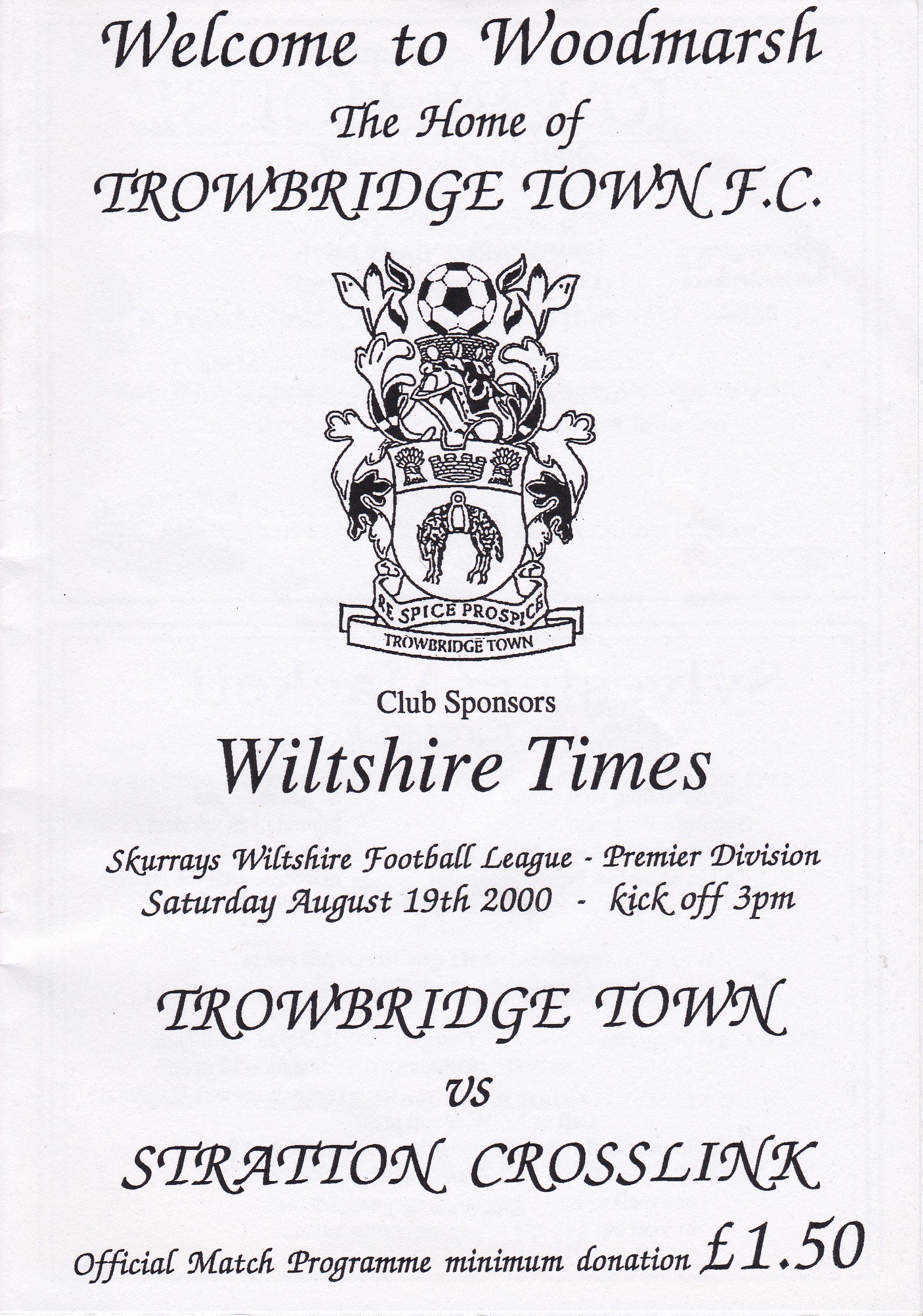