League - Wiltshire Football League Premier Division
Saturday, March 23rd, 2002, 3:00 PM Trowbridge returned to winning ways in this closely fought local derby They took an early lead after just five minutes. Dave Mitchell turned nicely on the edge of the area and fed the ball to Tim Waylen. When Tim's shot rebounded from the goalkeeper, new signing Lee Davis was positioned to score from close range. Melksham drew level after 12 minutes when Adam Gingell's free kick found the net via a post . Five minutes later the lead was restored, Mitchell scoring from close range. The same player making it 3-1 after 20 minutes with a neat flick-header. Melksham fought back again and the fifth goal of the game after only 25 minutes was scored by Calvin Lockwood with a header.

Although there were no goals in the second half there was plenty of incident. Lee Wilson came on for Mike Little in the 50th minute and set up a promising attack through the middle. Unfortunately, this broke down due to an offside. After 56 minutes, Adam Nunn was replaced by Shipley after suffering injury to his nose and Trowbridge, without the normal pairing of Saunderson and Shanley at the back found themselves under immense pressure. With five minutes remaining Dave Mitchell was dismissed by the referee for throwing a punch and Melksham had a good appeal for a penalty turned down shortly afterwards. Having been under pressure during these later stages, Trowbridge were relieved to hear the final whistle and gained the three points that moved them back up to fourth place in the league.

Report by Robin Sims (Based on notes provided by Nigel Vile) 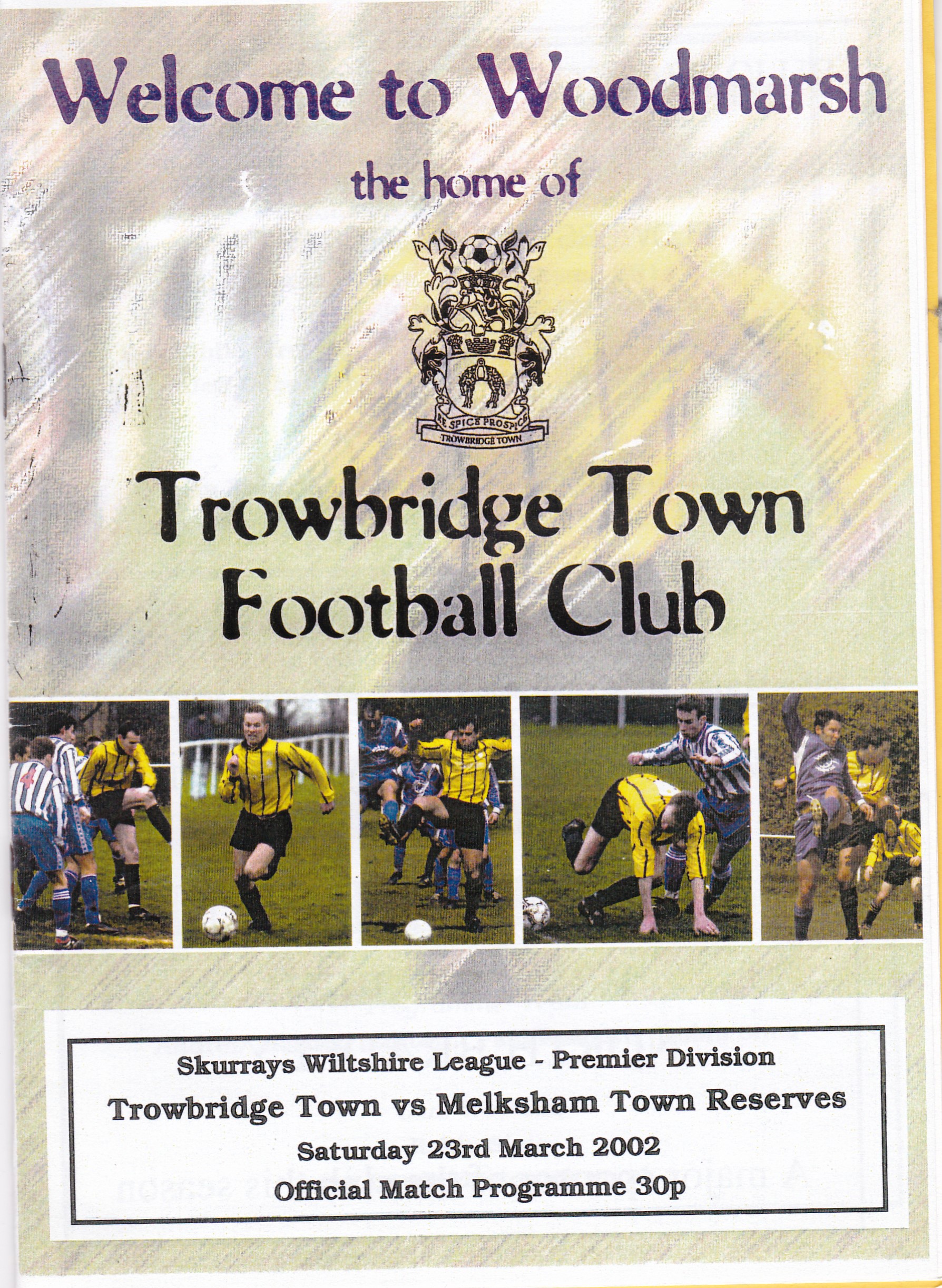