League - Wiltshire Football League Premier Division
Saturday, March 9th, 2002, 3:00 PM Trowbridge stumbled to a disappointing defeat in a match that they could easily have tied up by half time. Purton were facing a strong wind and heavy hailstones during the first half and as a result found themselves under immense pressure. Despite this, it wasn't until the half hour that Trowbridge created a scoring opportunity. Dave Mitchell did well on the edge of the penalty area and Adam Nunn only just failed to reach his cross with an attempted diving header. The breakthrough came after 36 minutes, Ben Gardener scoring with the outside of his foot from just inside the area.

In the second half, Trowbridge still had most of the attacking play despite playing against the wind but it was Purton who nearly scored against the run of play. A poor free kick by Brent Murden lost possession and the resultant break saw Harris beaten in the Trowbridge goal. However, Murden was back to make up for his error and cleared off the line. Trowbridge were still having the best of the play with Mitchell going close after a brilliant turn that beat two players but Purton equalised after 77 minutes, Wright latching onto a through ball which he slotted comfortably past Harris. Purton grabbed their winner in the last minute just after Brent Murden went close with a header for Trowbridge. Once again it was Wright on the break, this time with a confident lob into the net. 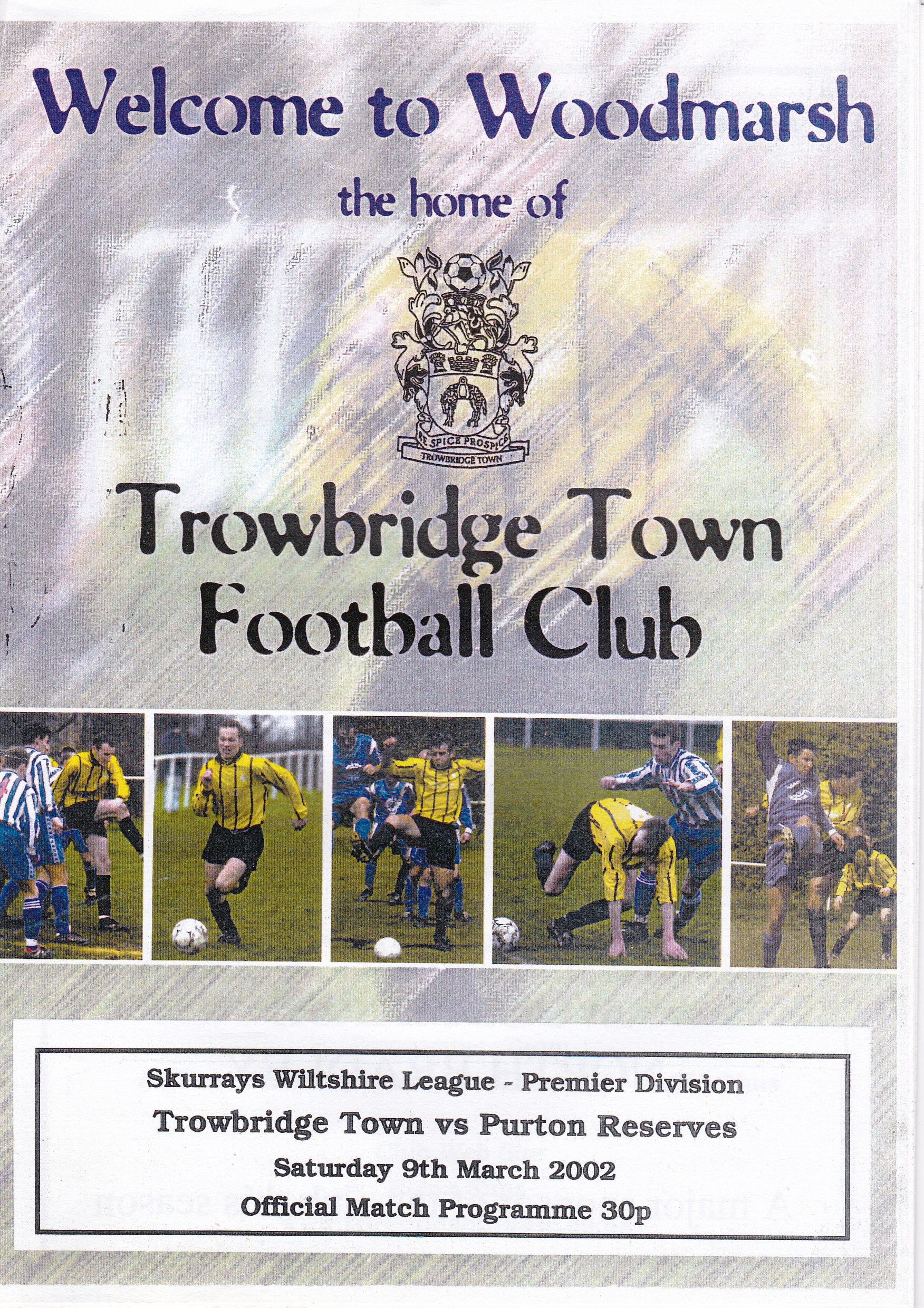