League - Wiltshire Football League Premier Division
Saturday, March 2nd, 2002, 3:00 PM Trowbridge moved back up to third in the league by defeating much lower placed Aldbourne. The early stages saw Trowbridge attacking but the forwards found it difficult to avoid the off-side trap that was clearly an intentional ploy by the visitors. It was therefore totally against the run of the play when Aldbourne took a 23rd minute lead. A corner by Steve Hewlett found it's way into the net via the far post. Ten minutes later, some good play in midfield by Ben Gardner set up Jerad O'Pray but the result was only a corner. O'Pray then set up Adam Nunn following some excellent play from Gordon Saunderson but again the result was a corner, due to a fingertip save by the goal-keeper.

Aldbourne continued to employ the off-side trap in the second half and were finally made to pay in the 51st minute. Ben Gardner timed his run perfectly onto a through ball and his shot went under the goal-keeper to bring the scores level. There was really only one team likely to win the match after that but chance after chance seemed to be wasted every time the offside trap failed. Andy Doel shot over and Paul Shanley had a free kick saved before the winner finally came in the 80th minute. A good cross from Matthew Penman was headed over the goalkeeper by Jerad O'Pray. Ben Gardner nearly added a third in the last three minutes following a short corner but in the end Trowbridge had to settle for the points with a close margin. 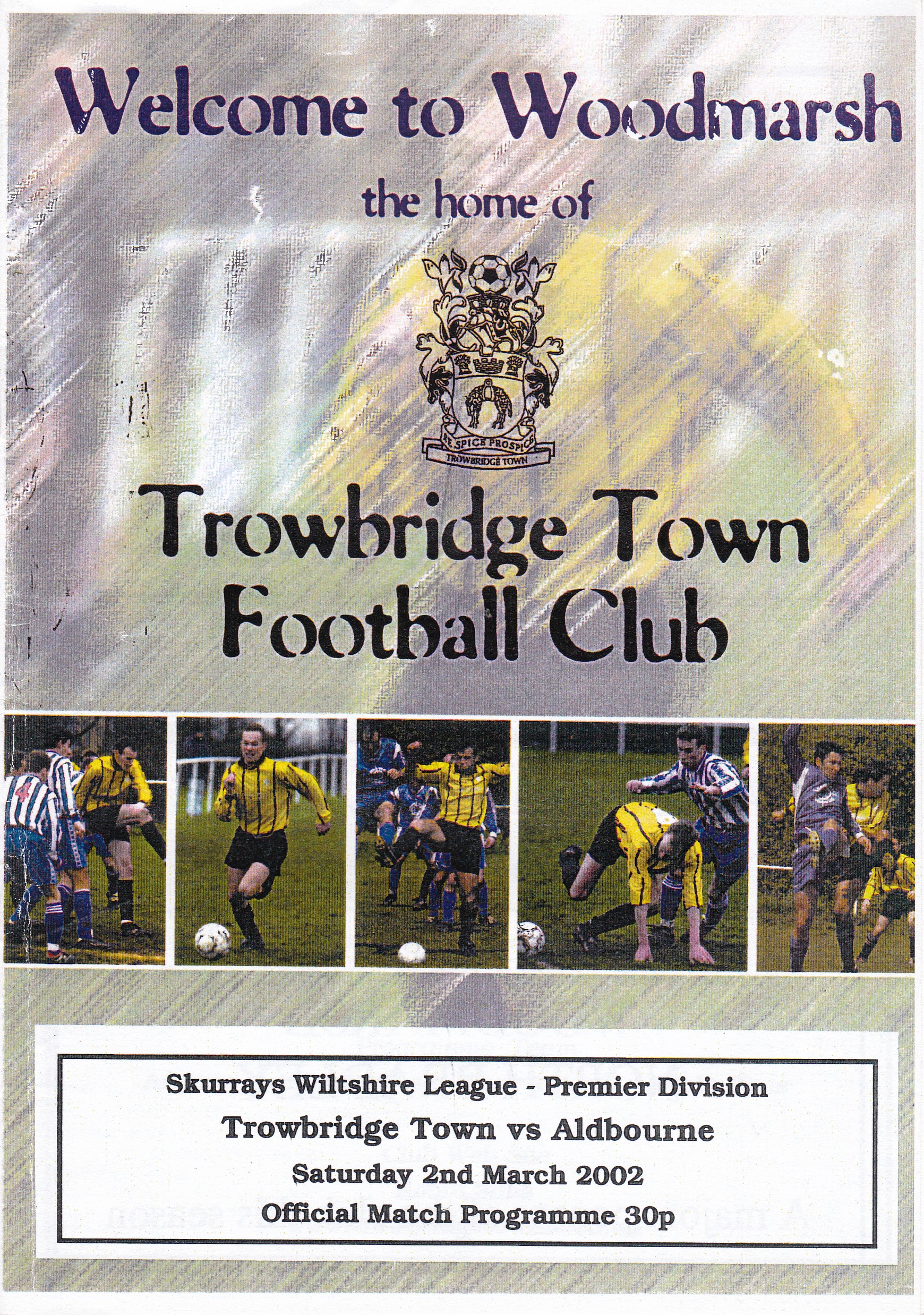