Wiltshire League Cup - 3rd Round
Saturday, February 22nd, 2003, 1:45 PM Trowbridge stormed into the semi-final of the league cup despite the fact that Pewsey fielded a side boosted by first team regulars. The first chance came after 8 minutes, Adam Nunn going close with a well struck free-kick. Trowbridge dominated the game, the next opportunity coming after 15 minutes. A long ball down the left was picked up by Dave Percival and his cross created an opportunity for Dave Mitchell, making his first team return. Mitchell created another opportunity for himself in the 26th minute after shaking off two defenders and striking a good shot that was saved by the goalkeeper. Pewsey then took the lead totally against the run of play, the luckless Waleed Bakali deflecting the ball into his own net. Four minutes later, Trowbridge were level. Dave Percival nipped in behind a defender at the back post to score with a tap in. Before the break, Trowbridge were in front. Bakali finding the net at the right end this time to give them a half time lead.

Trowbridge continued to dominate in the second half and added to their lead in the 55th minute. A deflected free kick from Adam Nunn found an unmarked Dave Percival and he slotted the ball past the goalkeeper with confidence. In the 63rd minute, Percival went on a run and should really have passed to an unmarked Mitchell but with hat trick in mind managed to get a shot at goal which the Pewsey goalkeeper deflected onto the left hand post. Two minutes later, a corner from Gavin Eyre was headed towards goal by Mitchell but a defender headed clear with the goalkeeper beaten. Percival claimed his hat trick in the 66th minute. Lee Wilson doing very well to gain possession in midfield, he fed the ball out to Waleed Bakali on the left and his pass found Percival in the penalty area and he took his time before finishing. This was an excellent all round performance from Trowbridge outplaying Pewesy from start to finish 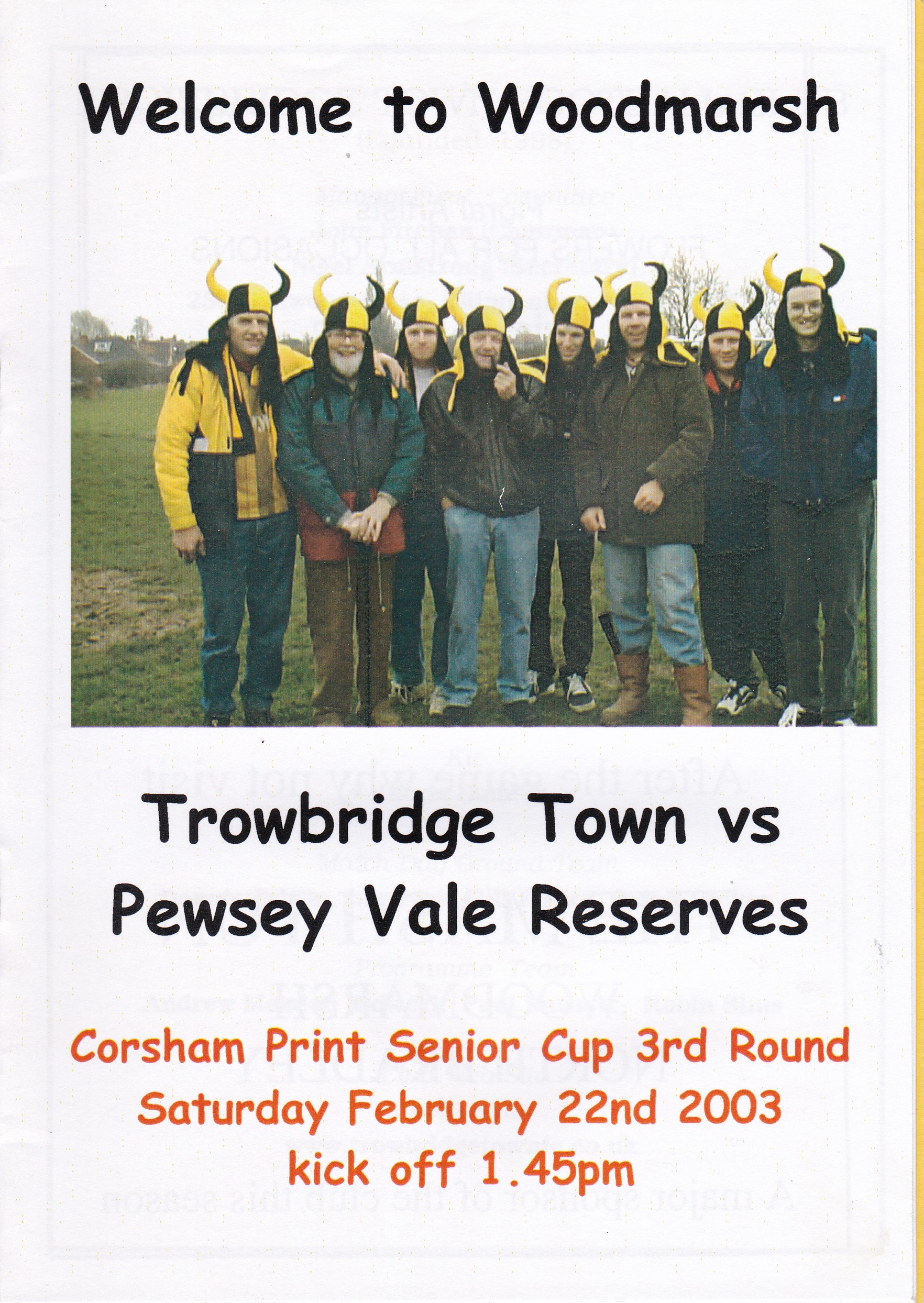