Wiltshire League Cup - 2nd Round
Saturday, November 9th, 2002, 1:45 PM Trowbridge had to show some character to get the better of a strong Devizes Reserve team in this league cup tie. In the early stages, Devizes produced a couple of opportunities from high crosses, one of which was headed over the bar. Trowbridge however, soon settled after this and were to become the better side in the first half. Some good play down the right wing produced a heading opportunity for Chris Tricker but he just failed to get to the ball and a similar cross from Dave Percival shortly afterwards was intercepted by a defender. Devizes found themselves under a lot of pressure from Percival and Gavin Eyre. Both payers showing pace down the right wing that was exhilarating to watch. Waleed Bakali was on the end of one these crosses after 10 minutes but he just failed to control the ball and it spun away for a goal kick. Devizes fought back and a good shot on target was stopped by Adam Sheppard, diving to his right to save with one hand. In the 18th minute, a good through ball from Adam Nunn created an opportunity for Simon Kitchen and he was brought down by a defender with the goalkeeper beaten. Surprisingly the referee only showed a yellow card when most spectators were expecting red. Dave Percival confidently slotted home the penalty, sending the goalkeeper the wrong way. Fifteen minutes later the lead was doubled, Percival cut inside a defender and crossed for Bakali to control well and make no mistake from about 10 yards. In the 34th minute, Devizes pulled a goal back. Simon Drewitt with a confident strike from the edge of the area, after beating a defender. Having had the larger share of possession in the first half,
Trowbridge were made to work hard in the second. Devizes again had chances in the early stages, one shot going across the face of the goal. Trowbridge defended well to keep Devizes at bay, often with midfield players back to help. Adam Nunn nearly made it three with a fine effort from 25 yards after 67 minutes, his shot just creeping over the crossbar. In the later stages, Booker Woodford had a good opportunity to wrap the game up after some good work by substitute, Ricky Hulbert. Unfortunately his effort went over the bar from close range. The final whistle however, came shortly afterwards and Trowdridge had earned their place in the next round with a resilient performance. 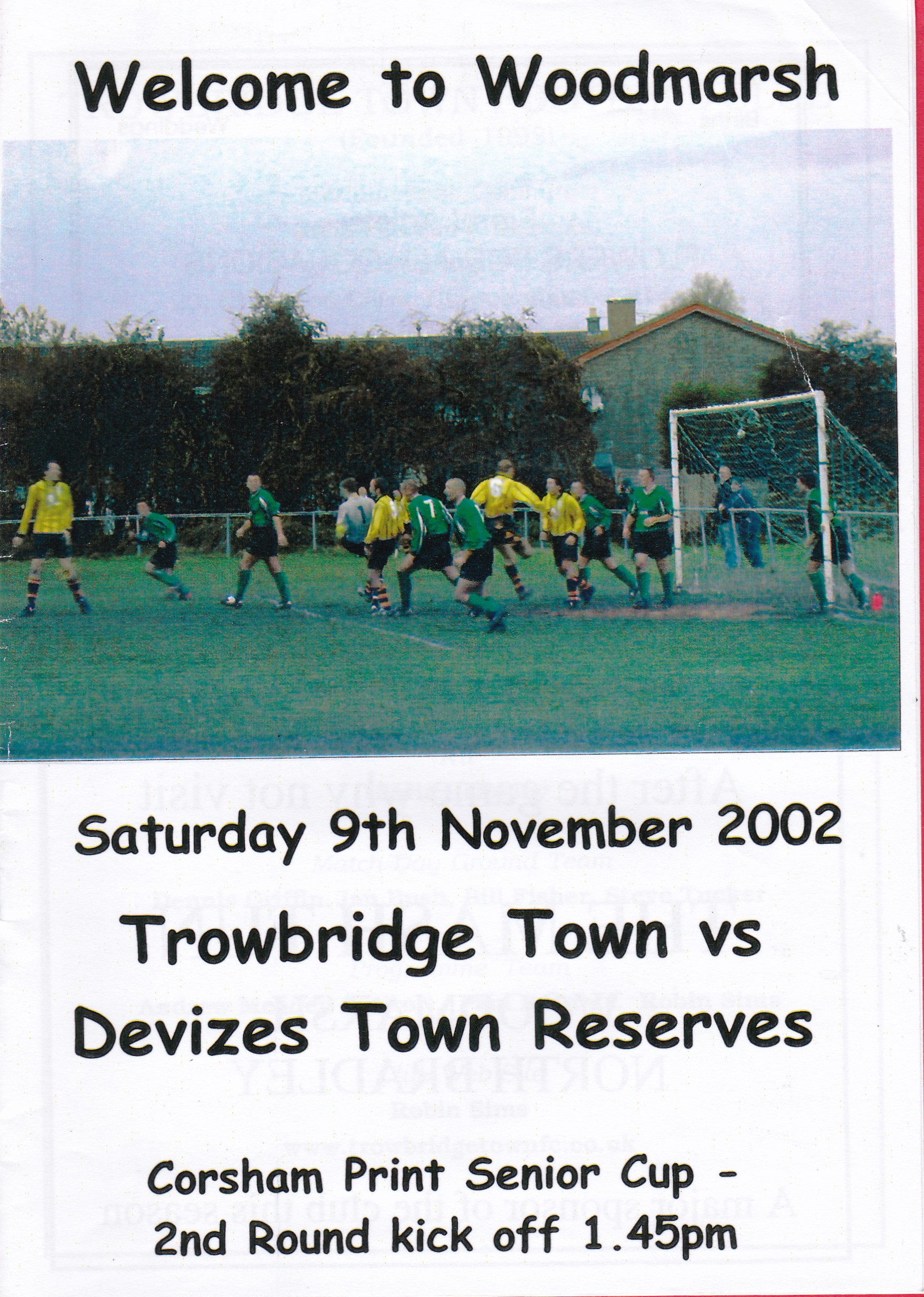