League - Wiltshire Football League Premier Division
Saturday, October 12th, 2002, 3:00 PM Dave Mitchell returned from suspension to lead the Trowbridge attack and nearly opened the scoring from the penalty spot after just five minutes. The shot was turned round the post by the goalkeeper to prevent him but this did not stop Town producing a fine display of attacking football for the whole 90 minutes. Pewsey sat back and tried to contain Trowbridge but the tactic failed miserably with pace and quick thinking shining through. The effervescent Waleed Bakali opened the scoring after 12 minutes when he sprung the offside trap on the left wing and then kept his composure to slot the ball past the goalkeeper. The chance being created by a long ball from Adam Nunn. Dave Mitchell then had a couple of half chances before making no mistake on 36 minutes when the ball broke to him following a corner. The third goal came in the 42nd minute when Tim Waylen headed home firmly from another corner by Adam Nunn. Pewsey rarely attacked but managed to grab a goal back in the dying minutes of the first half. A free kick from the left was glanced past goalkeeper Guthrie.

The second half was much the same with Trowbridge passing the ball confidently. A good move on the hour nearly added to the scoreline. Mitchell started the move in midfield, found Tim Waylen with a square ball, Tim found Bakali on the left who's cross went to Dave Percival. Unfortunately, Percival fluffed his shot. He was not be denied however, and wrapped up the scoring after 65 minutes. Adam Nunn crossed for Dave Mitchell and the ball ran loose for Percival to shoot low into the corner of the net. This match was entertainment from start to finish. 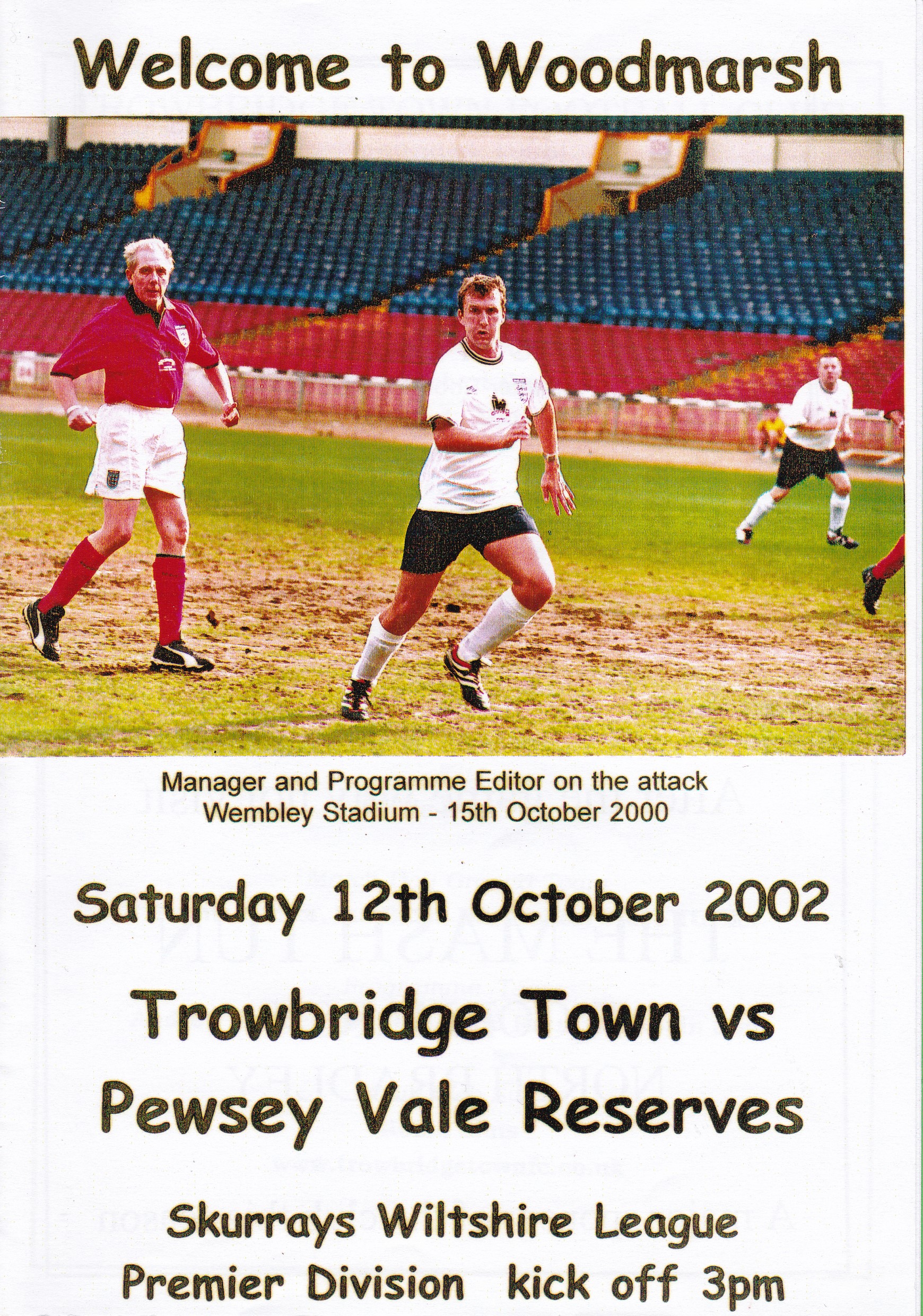