(Won 5 - 3 on pens.)
Wiltshire Senior Cup - Final @ Chippenham Town
Tuesday, April 27th, 2004, 7:30 PM
Attendance: 522Trowbridge Town defied the odds and exceeded all expectations by lifting the Wiltshire Senior Cup in a thrilling final watched by a crown of 522 at Hardenhuish, Chippenham. Western League Corsham attacked Trowbridge from the start, Alan Griffin heading just wide after three minutes and the same player was thwarted by Adam Sheppard after 10 minutes, tipping his volley just over the crossbar. Trowbridge then lost Dave Mitchell who despite all his efforts to run off a back injury was replaced by Daniel Barnes. Mike Little moved up front and Barnes slotted into his usual back four position. Having survived the early pressure, Trowbridge took the lead from only their second attack. Gavin Eyre showed electrifying pace down the right wing, rounding one player and crossing from the right corner for Ricky Trott to head the ball into the net. Trowbridge now began to believe in themselves and competed for everything. Adam Shackell was magnificent in midfield and belied his 16 years of age. Meanwhile Dave Percival & Gavin Eyre threatened with their pace and Adam Sheppard caught everything Corsham could throw at him.

The first half of the second half was probably the best spell for Trowbridge which produced a great chance to increase their lead in the 62nd minute. Dave Percival gained possession, ran through the middle and fed a good ball out to the left wing for Ricky Trott to strike a superb half volley towards goal from 25 yards. However, Craig Chaplin the Corsham goalkeeper, made an excellent finger tip save and the ball went just over the bar. The Corsham equaliser came on 70 minutes. A corner taken by Frank Coleman went into a crowded penalty area and the unfortunate Daniel Barnes deflected the ball into his own net. Now back in the game, many would have expected Corsham to go on and win but Trowbridge had other ideas and kept battling in every inch of the pitch and got their reward 5 minutes from the end of normal time. Shackell was fouled and Gavin floated a free-kick towards goal. Gordon Saunderson reacted more quickly than the Corsham defence and nipped in behind with a diving header to make the score 2-1. However the lead was cancelled out in the last minute of the game when Alan Griffin headed home a corner near the back post to force the game into extra time.

Both teams drew a blank in extra-time so the match went to penalties. Ricky Trott, Matt Minnis, Gavin Eyre and Dave Percival all scored for Trowbridge with Jack Cullis, Alan Griffin & Russell Lodge replying for Corsham. Adam Sheppard, having already produced an excellent performance throughout then became the hero of the night. He dived full length to save the spot kick from Scott Lye then stepped up to confidently score the winning penalty. However, on this memorable night every Trowbridge player became a hero. 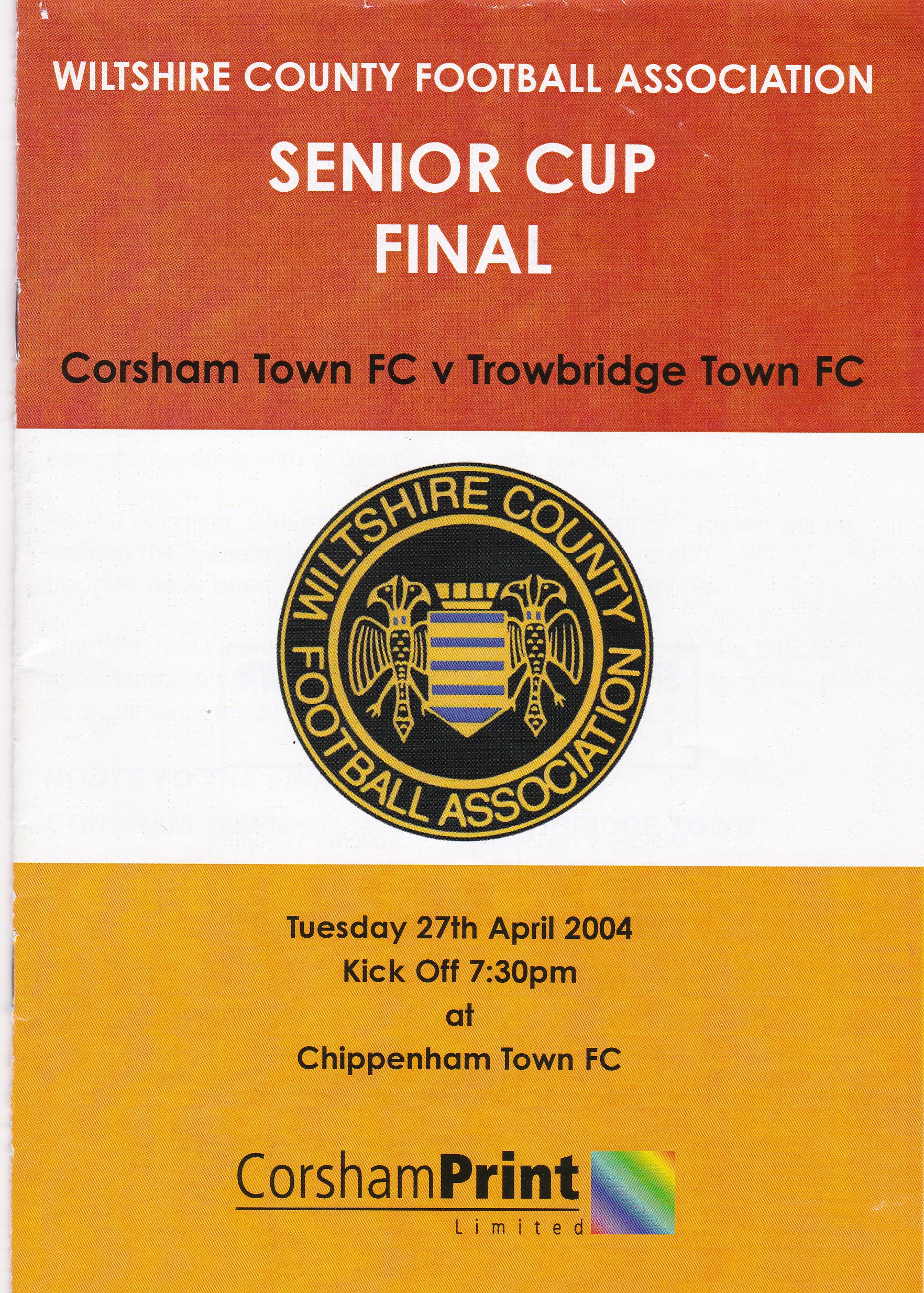