League - Wiltshire Football League Premier Division
Saturday, March 6th, 2004, 3:00 PM Trailing 2-0 at half time, Trowbridge fought back to earn a point in a very exciting final 30 minutes. Trowbridge had created a couple of early opportunities, Dave Mitchell shooting wide and Dave Percival having a shot blocked by Lewis Porter but went a goal behind after 9 minutes. Andy Goodenough heading home a good cross from the left. Trowbridge responded by attacking regularly but without creating a clear-cut chance other than a Mike Little free kick, which went just over the bar. Little was then robbed of possession in midfield and this led to the second Westbury goal. The ball was played into the penalty area and Jamie Bradley finished well. Bradley then picked up a yellow card for kicking the corner flag in celebration and shortly afterwards was dismissed for a second yellow for dissent.

Trowbridge started the second half with much more promise and Westbury found themselves under constant pressure. Luke Smith saw an effort dip just over the bar in the 62nd minute and shortly afterwards Trowbridge were back in the game. A terrific run by Gavin Eyre on the right wing took him past three players before picking out Ricky Trott, just outside the 6-yard box. Trott smashed the ball into the roof of the net and set up an exciting finish. Trowbridge attacked like a swarm of bees in their yellow and black kit but Westbury defended for their lives. Waleed Bakali saw his overhead kick saved, substitute Matt Minnus had a strong appeal for a penalty turned down and also had a shot blocked from close range. The equaliser came in the 90th minute and was no more than Trowbridge deserved. Bakali finishing with a curled effort into the top left corner having run onto a through ball by Dave Percival. Trowbridge pushed for a winner in injury time but both teams had to settle for a point. 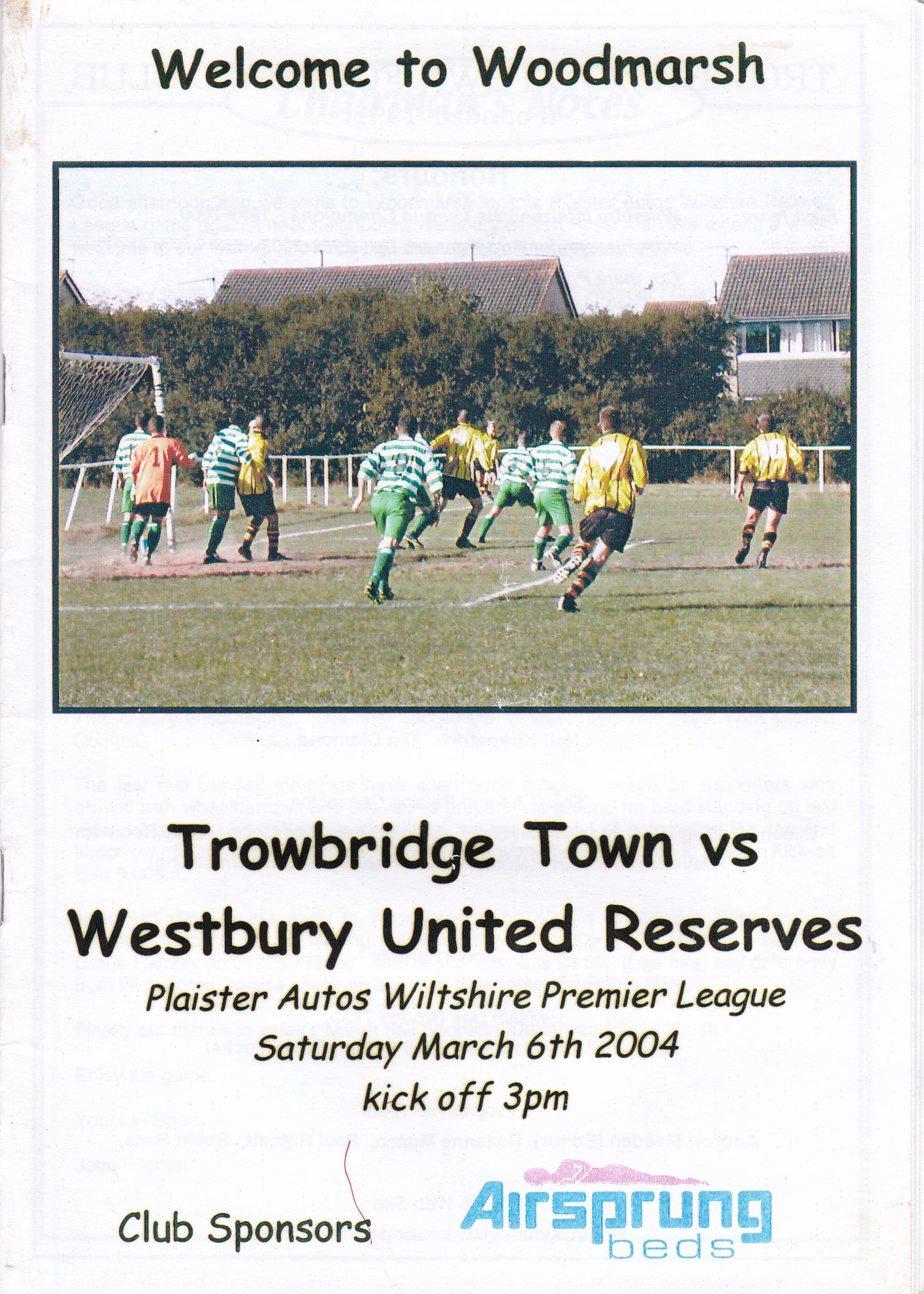