Wiltshire Senior Cup - Qtr Final
Saturday, February 14th, 2004, 2:00 PM This fascinating encounter between Trowbridge, with the best defensive record in the league and the leagues leading scorers, Bradford, ended with the home side reaching the semi-final of the Wiltshire Senior Cup for the second year in succession.
The visitors threatened from the kick off, Tom Pang with a good shot on the turn, which went straight at Adam Sheppard. Trowbridge then settled and began to mount a few attacks. Dave Mitchell with the first chance after 10 minutes and a 25th minute free kick by Mike Little struck the Bradford Town wall and was cleared. The first goal came after 32 minutes and started with a nice passing movement in midfield, Gavin Eyre ran on to beat one player and fed the ball to Dave Percival. Nick Quintin, the Bradford goalkeeper, advanced and did enough to stop Percival shooting at goal but Eyre was on hand to slot the loose ball home from just inside the penalty area. Ten minutes later Bradford were awarded a free kick that curled past everyone and struck a post. Trowbridge were two ahead within a minute of the restart. Waled Bakali ran down the left wing and fed the ball to Dave Mitchell who just managed to get enough on the ball to cross it past Quintin where Gavin Eyre was running in to finish from close range. Gavin almost completed his hat-trick on 52 minutes with a blistering shot that went just wide. Bradford then enjoyed a lot of possession without really creating any clear goal scoring opportunities other than a free kick, which forced Adam Sheppard to dive low and punch clear. This was the 10th win in a row for Trowbridge and manager Neil Kirkpatrick was delighted with his sidesâ efforts after a 3-week weather enforced lay off. 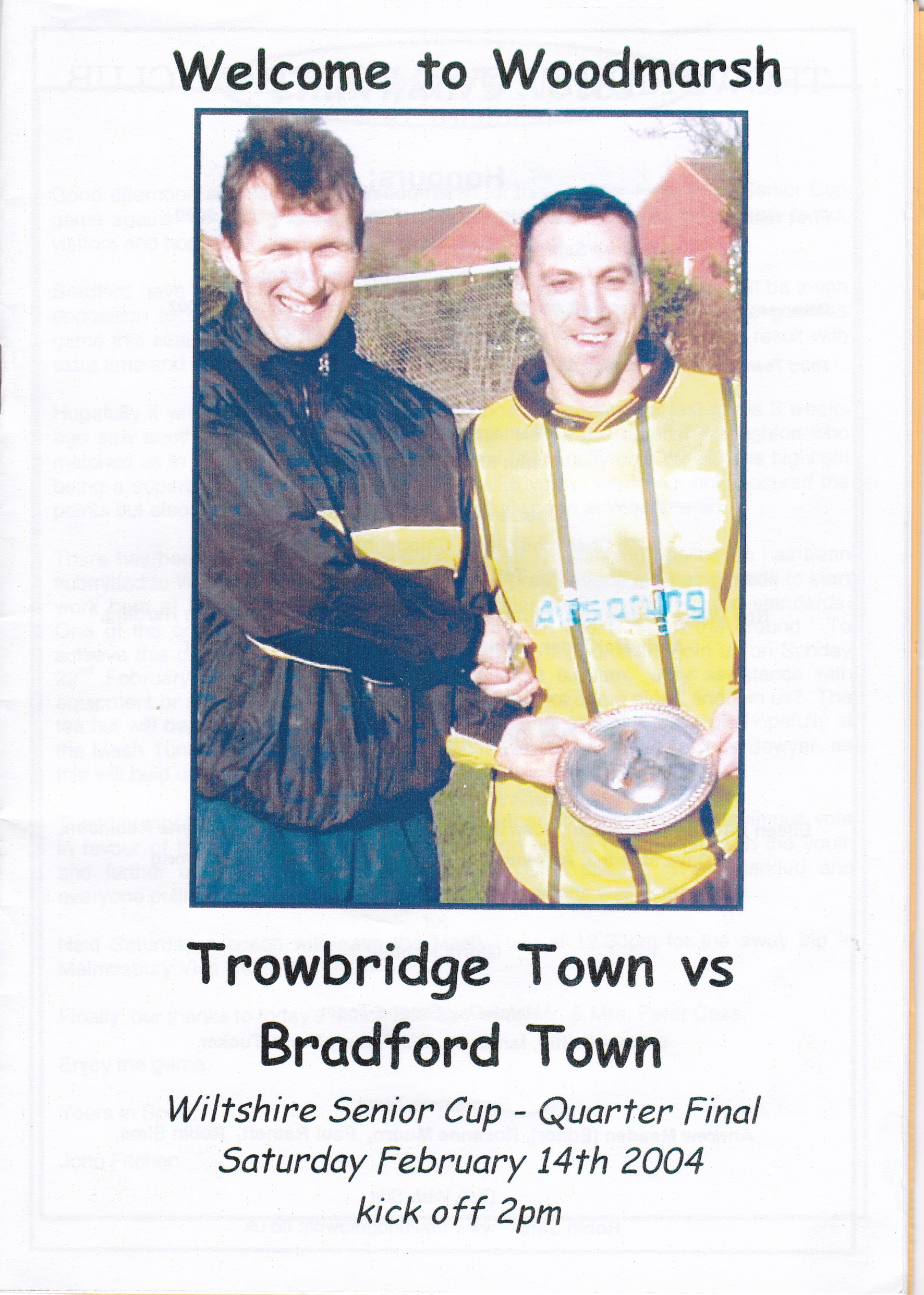