Wiltshire League Cup - 3rd Round
Saturday, January 10th, 2004, 1:45 PM Trowbridge moved confidently into the semi-final of the league cup. Shrewton defended well at times but were always on the back foot and it was only a matter of time before the opening goal. The Shrewton goalkeeper made two good stops within the first six minutes, one from Percival and one from Gavin Eyre. The breakthrough came after 36 minutes, Percival crossing from the left edge of the penalty area and Gavin Eyre heading home from six yards. A minute later Percival nearly made it two with a good run but the goalkeeper saved well again. The second half saw Trowbridge continue to attack with the odd counter from Shrewton that was dealt with comfortably. The Trowbridge defence have now achieved five clean sheets in a row. Waleed Bakali & Ricky Trott both had chances to increase the score-line. Bakali being thwarted by the advancing goalkeeper and Trott heading just over the crossbar. A good move started on the left by Andy Bloodworth led to the second goal after 63 minutes. Dave Percival providing the final cross that Waleed Bakali finished from close range. Ten minutes later the Shrewton goalkeeper failed to grasp a Gavin Eyre corner and substitute Adam Shackell was at the far post to bundle the ball over the line and make it 3-0. Even defender Lee Wilson found himself in an attacking position in the last two minutes. Ricky Trott creating the opportunity but the shot from Wilson went wide of the left hand post. 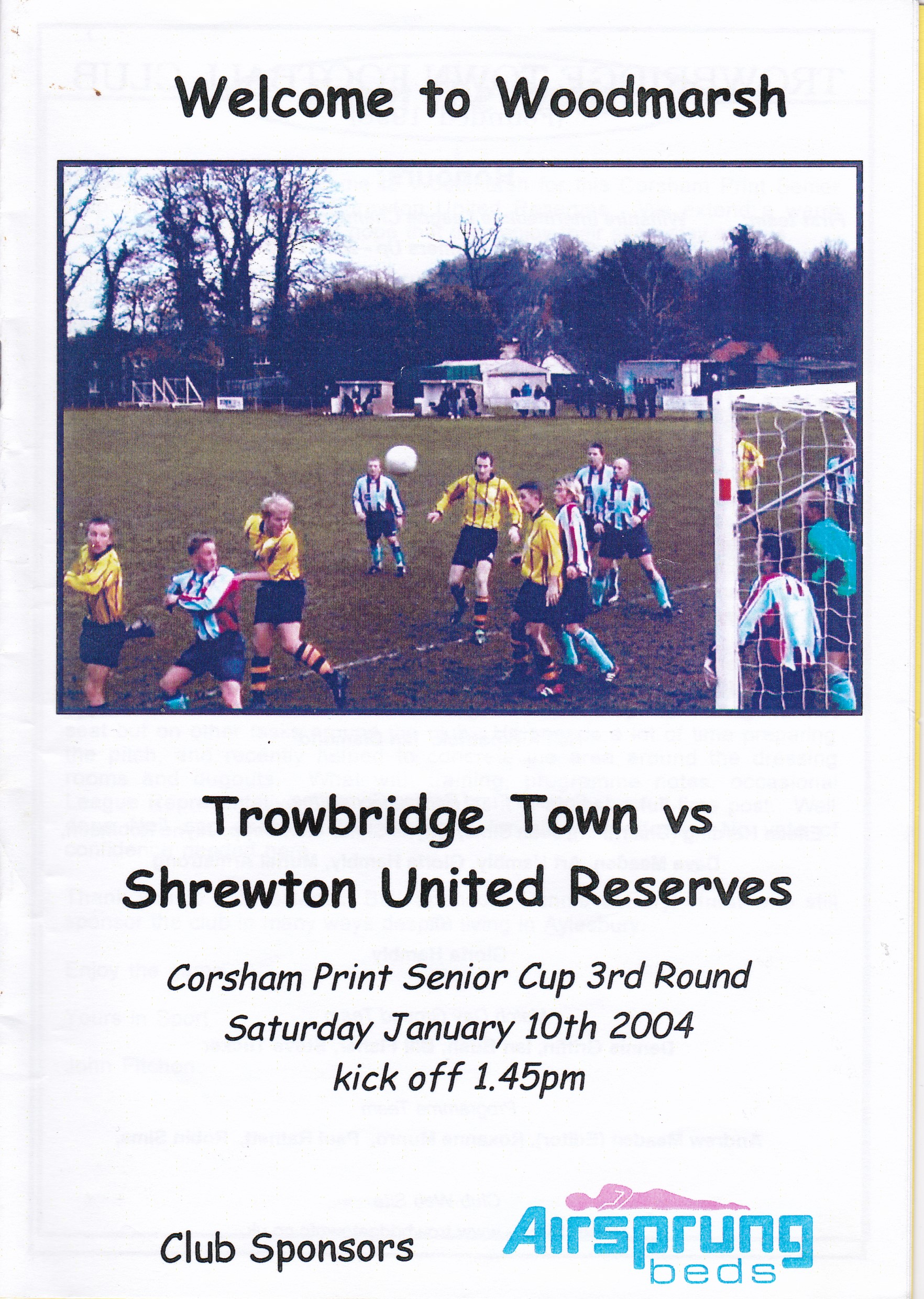