League - Wiltshire Football League Premier Division
Saturday, January 3rd, 2004, 2:15 PM Trowbridge returned to action after a four-week break and produced their second 8-0 victory in succession and their third of the season. Pewsey offered little resistance as the home side attacked from the start and the first goal came after only 4 minutes. Ricky Trott ran onto a through ball on the left and fed the ball through to Adam Nunn, Dave Mitchell providing the finish when Nunn crossed into the six-yard area. Roles were reversed after 22 minutes, Dave Mitchell sprung the offside trap and set up Adam Nunn to make it 2-0. Trowbridge continued to create chance after chance and made it 3-0 on the half-hour. A miss-hit pass found Dave Percival and in typical Percival style, he ran through and rounded the keeper to finish. The score was increased to 4-0 just before half time, Dave Mitchell with a shot that went in off the post. The second half was even more one sided than the first with every attack looking likely to produce a goal. Dave Mitchell was brought down in the penalty area in the first minute of the second half. However, there was no need for a penalty decision from the referee because Waleed Baklai was on hand to score from close range. Pewsey produced just one shot on goal which came to nothing before Trowbridge made it 6-0. A good ball in from Sean Daniels was taken by Dave Mitchell on his chest. As the ball dropped, Gavin Eyre was on hand to finish from close range. One minute later, Dave Mitchell completed his well-deserved hat trick and made it 7-0 from close range after a good run by Gavin Eyre. Two minutes from time Andy Bloodworth saved the best till last. The ball rebounded to him on the edge of the penalty area and he beat one player to loop a shot into the top left corner and complete the rout. 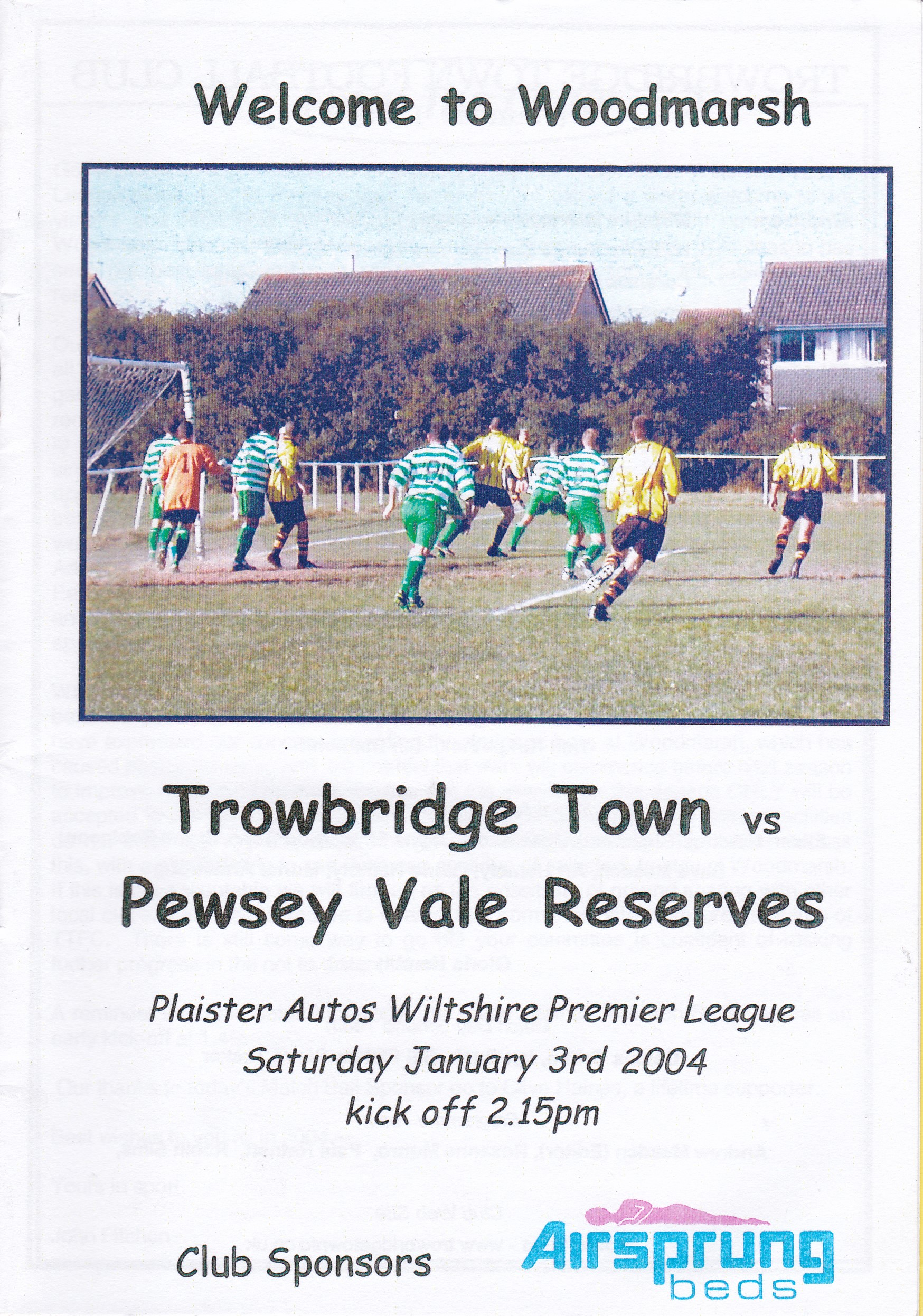