League - Wiltshire Football League Premier Division
Saturday, November 1st, 2003, 2:30 PM Trowbridge got back to winning ways by destroying bottom club Malmesbury Vic Reserves. The visitors started well and nearly took an early lead with a shot that went inches wide. Trowbridge then started to create chances, Guy Rowley heading just over after four minutes. Adam Sheppard was then called into action after 10 minutes when an awkward bounce meant that he had to palm the ball away for a corner. The first goal came on 31 minutes. Dave Percival gained possession from a Gavin Eyre throw in and his shot brushed the underside of the crossbar on itâs way in to net. The lead was doubled just before half time. A good cross from the right found Waleed Bakali and his well-struck half volley rebounded to Adam Nunn who, from 35 five yards found the bottom right hand corner of the net with a superbly struck shot. Trowbridge looked likely to add to the score line in the second half. Guy Rowley, twice going close with headers and an excellent performance by goalkeeper Andy Baker denied attempts from Waleed Bakali, Adam Nunn & Gavin Eyre. The third goal was scored in the 69th minute. Mike Little with the final touch after the ball rebounded from a goalpost. Ten minutes later it was 4-0. Andy Bloodworth returned the ball to throw-in taker Percival and his cross was met by a brilliant Mike Little header that gave Baker no chance. Malmesbury collapsed completely in the last few minutes. They could not cope with a much fitter Trowbridge side and even Manager Neil Kirkpatrick came on as substitute to combine with Bakali and set up Sean Daniels to make it 5-0. The rout was completed with three goals in the last few minutes. Percival grabbing two more to complete his hat-trick and Adam Nunn grabbing a second 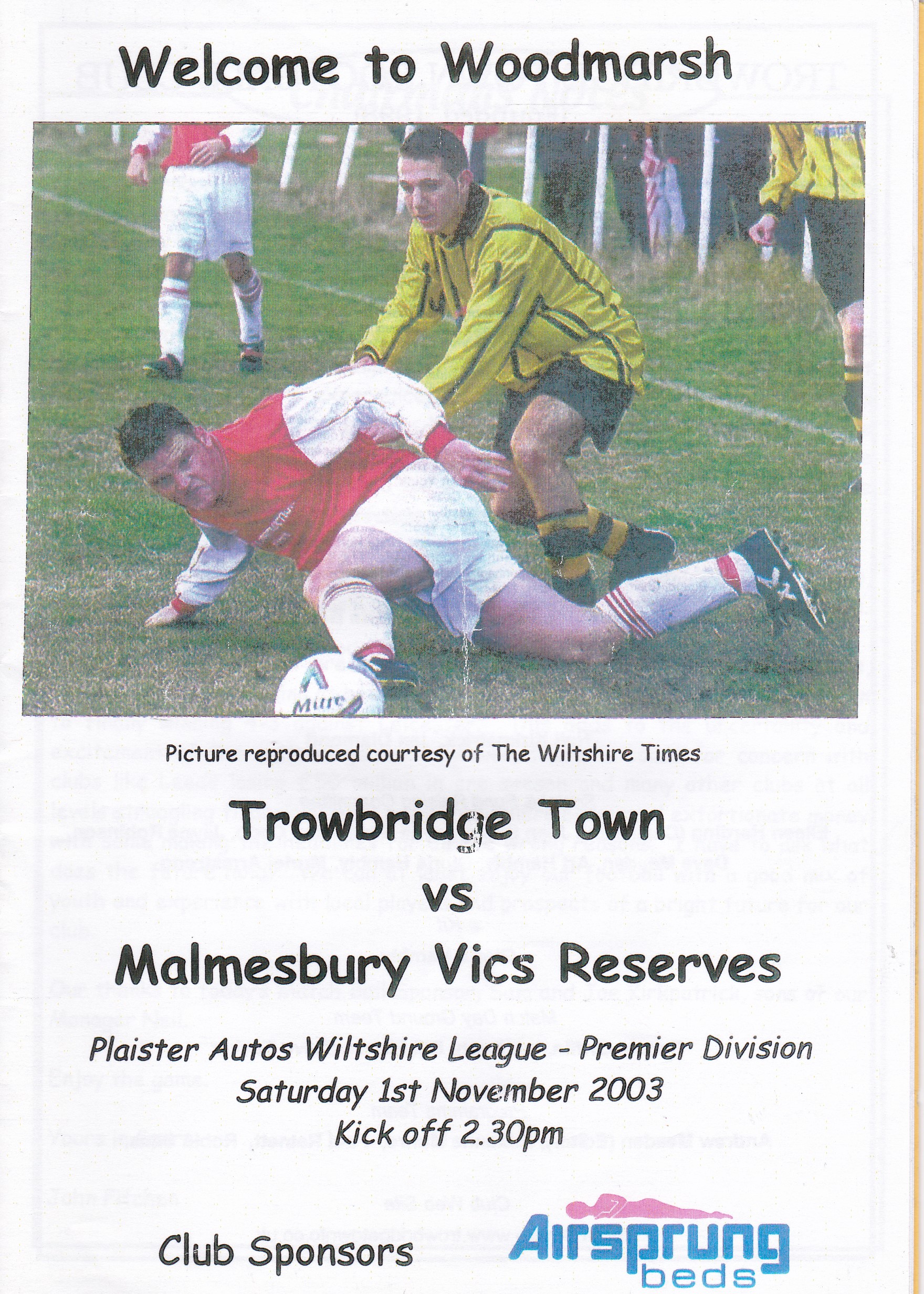