League - Wiltshire Football League Premier Division
Saturday, October 11th, 2003, 3:00 PM Trowbridge were handed a dream start when a pass back to the Devizes goalkeeper was kicked straight to Dave Mitchell and he calmly scored within the first minute. An equally bizarre event gave Trowbridge a second goal after 14 minutes. Shear perseverance from both Dave Mitchell and Adam Nunn forced the ball forward and when the goalkeeper attempted to kick the ball clear it rebounded from a defenderâs back into the net. Trowbridge continued to have the more possession but failed to produce the sort of football they have in recent matches and went in with a far from impressive 2-0 lead at half time. The first part of the second half was similar but the introduction in midfield of new signing Ricky Trott and young forward Guy Rowley seemed to brighten things up a bit. In the 65th minute Dave Mitchell went close with a superb half volley that went just over and two minutes later a good effort from Ricky Trott from 30 yards also went just over the crossbar. When Devizes attacked the Trowbridge defence stood firm with Mike Little and Gordon Sanderson both playing well. Waleed Bakali nearly scored a third for Trowbridge after 83 minutes when his effort from a difficult angle rolled along the crossbar and was subsequently cleared. Guy Rowley also shot over the bar with a good effort and another Dave Mitchell attempt went just wide before Devizes pulled a goal back. Ironically, this occurred following Trowbridgeâs best spell, Ricky Mansell scoring from close range.

Report by Robin Sims
Note: The first goal has since been credited to Adam Nunn 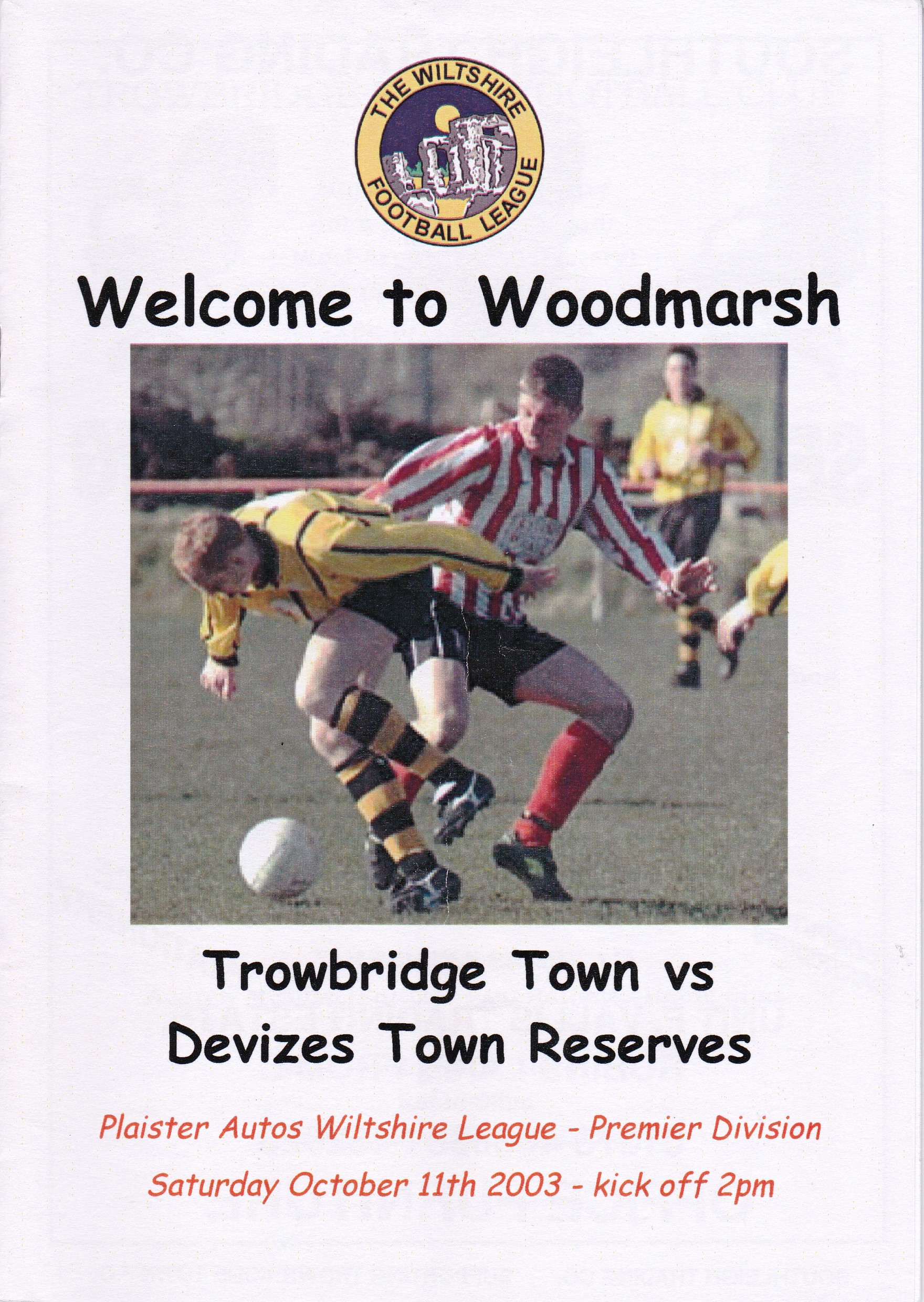