League - Wiltshire Football League Premier Division
Saturday, September 27th, 2003, 3:00 PM Trowbridge visited fourth place Marlborough and produced an exhilarating first half performance to lead 3-0 at half time. Mitchell, Eyre and Percival all combined well up front to produce entertaining, attacking football in the early stages. However, it was Waleed Bakali after 25 minutes that opened the scoring, following up from close range after Mitchell had headed down for Percivalâs shot to be parried by the goalkeeper. Shortly after the lead was doubled. Gavin Eyre with a superb run down the right wing fed the ball to Dave Percival near the right goal post. Dan Fry saved Percivalâs first effort but he smashed the rebound into the roof of the net. Percival added his second, again from a rebound in the 31st minute to make it 3-0. At the start of the second half, a good effort from Dave Mitchell grazed the top of the cross bar and substitute Guy Rowley also went close. Trowbridge then relaxed a little giving Marlborough more possession but were always in control and could have scored more before the home side grabbed a consolation goal. In a very crowded penalty area, Trowbridge thought they had cleared the ball but the referee adjudged that the ball had crossed the line. Waleed Bakali unfortunately having got the last touch, thus scoring at both ends. Adam Nunn completed the scoring in the 76th minute. The excellent Dave Mitchell headed on a long clearance by Trowbridge goalkeeper Craig Guthrie, for Nunn to round the goalkeeper and score into an empty net. 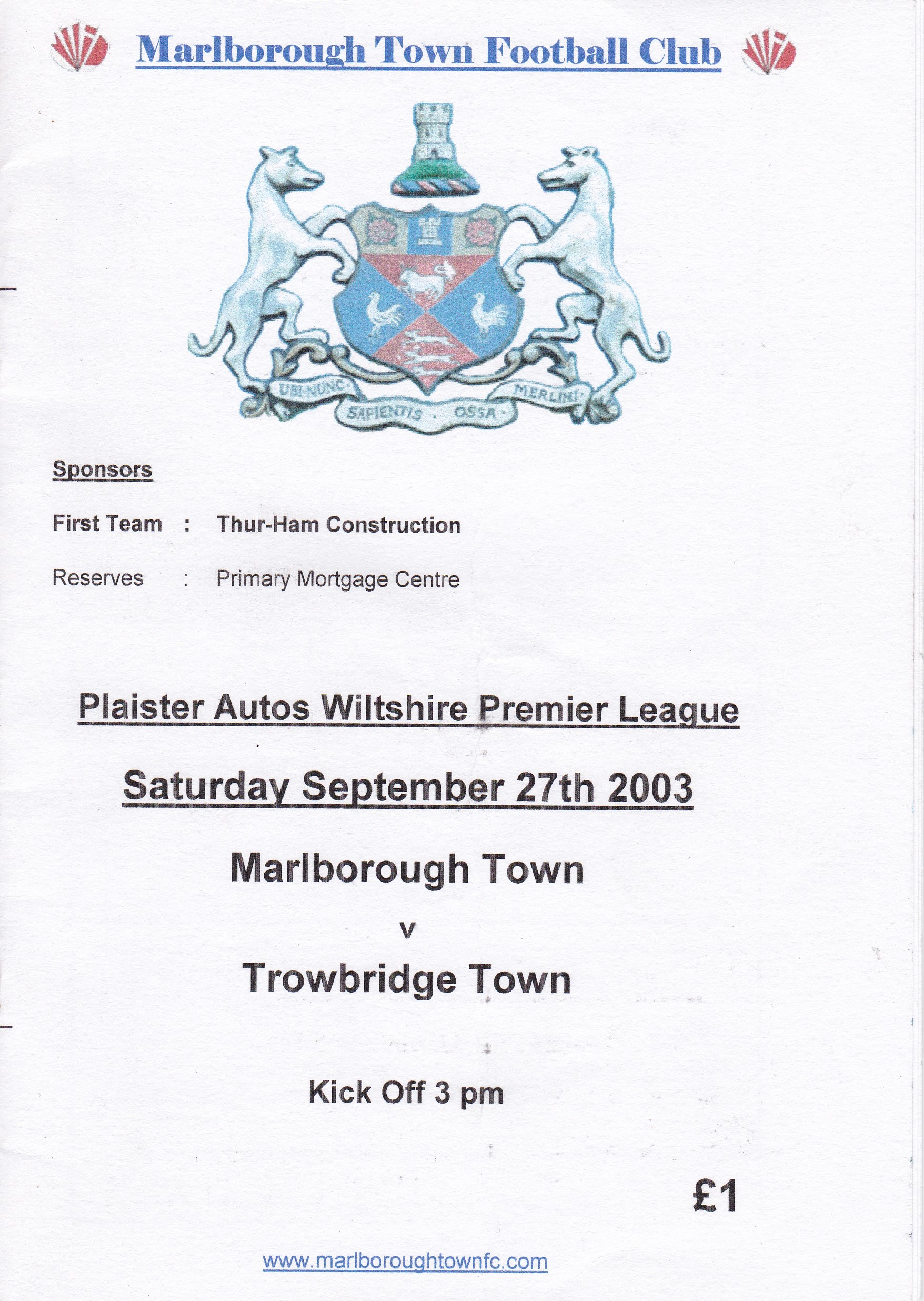